On Ken P. D. Snydecast #165 - Not a Creature Was Stirring the boys chatted about Dana's voice actor auditions:

Dana: I had two semi-exciting callbacks for two different animated shows, both of which I am pretty much, one hundered percent, certain I did not get.
Ken: What? What did you do? Did you not bring the Snyde-magic?
Dana: No, I don't think it was that I just think it was...
Ken: Did Tom Kenny walk in after you? 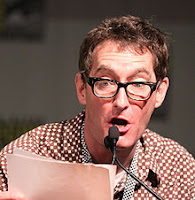 Tom Kenny is a voice actor with over 200 credits in film and television. He is best known as the voice of Spongebob Squarepants and voiced Skidz one of the "racist" robots from Transformers 2. For more on that controversy click here.
In 1980 he was also briefly a member of Syracuse-based pop punk band The Trend along with Bobcat Goldthwait.
Seriously.
I cut and pasted that last line from Wikipedia, so we know it is true.

Ken Plume once did a "Bit of a Chat" episode with Tom Kenny. You can listen to it here. It's kind of like a 'Ken P. T. Kennycast'.

Later Ken says "What about John Benjamin, did he walk in?"

H. John Benjamin is a voice actor best known for the voices of Jason and Coach McGuirk on Home Movies and Ben on Dr. Katz, Professional Therapist.

Ken: Who was sitting in the waiting room when you were called into the audition that was asking for a Dana Snyder-type voice?
Dana: Maurice LaMarche. I saw Maurice LaMarche there. 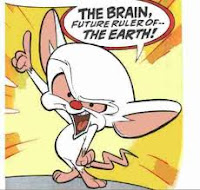 Maurice LaMarche voiced Kif Kroker in Futurama, Egon Spengler in The Real Ghostbusters and The Brain in Pinky and The Brain.

Dana goes on to mention how he and LaMarche discussed that the casting folks who wanted a 'Dana Snyder-type voice' probably didn't really know exactly what they wanted... they only knew what they didn't want.

Later Dana told a story about some advice that a veteran voice actor gave him:

Even if Eddie's name is not familliar to you his face should be: 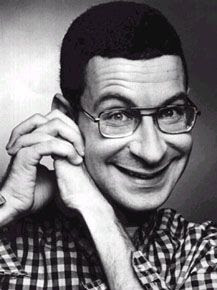 In addition to a tremendous amount of voice work, Eddie is seen in many films and TV shows (usually playing a nerd.)

You may have seen him as a bumbling handyman in Punky Brewster, dancing along side John Travolta in Grease or stuck on a ferris wheel with a ventriliqust dummy in the film 1941... actually you probably haven't seen the film 1941.

Finally, OUR FAVORITE VOICE ACTOR, Dana Snyder can be heard on Nickelodeon this Saturday, January 1st, at 11am. Dana provides the voice of Leonard the Koala Bear on The Penguins of Madagascar. The episode is titled "Night and Dazed". Dana gives a wonderful performance. 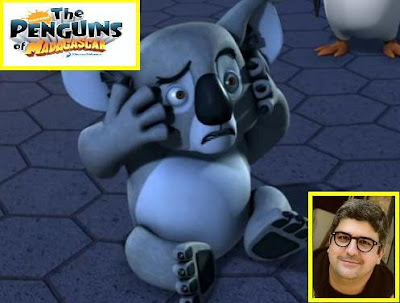 Posted by Guy Hutchinson at 5:25 AM