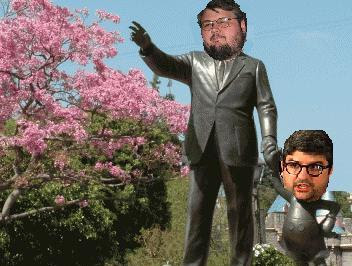 Ken P. D. Snydecast #165 - Not a Creature Was Stirring features some talk about the Walt Disney company hyping Tangled as it's 50th animated feature.

Ken mentions that it takes some unique counting to make Tangled #50.

First, here is the wonderful video that Disney released that counts the 50 films:

Those 50 films are considered part of the "Disney Animation Canon." Disney began numbering films as part of that list back in the 1980s as a marketing gimmick.

Meanwhile the Disney comapny has released a whole bunch of movies in theaters that seem like they should have been included.

For example in the last decade 3 feature legnth Winnie the Pooh films have been released (The Tigger Movie, Piglet's Big Movie and Pooh's Heffalump Movie) which are not counted. However, The Many Adventures of Winnie the Pooh from 1977 is included and that film was actually 3 previously released shorts strung together and reissued.

The sequel The Jungle Book 2 doesn't count despite a 2,800 screen theatrical release, but the Rescuers sequel, The Rescuers Down Under does make the list.
The reason for this omision is that The Jungle Book 2 was produced by Disney Toon studios (an offshoot of Walt Disney Animation Studios.)

This list also doesn't count last year's hit Disney film A Christmas Carol because it was produced by ImageMovers Digital and then released by Disney.

All in all, it is very confusing to see a feature legnth animated film (with a Disney logo at the front) in Disney Digital 3D and then promotion for Tangled seems to imply that that wasn't a Disney animated feature.

Let us take a quick look at three of the films Ken Plume spoke of which did not make the list of 50:

DuckTales the Movie: Treasure of the Lost Lamp was released theatrically in 1990 towards the end of the run of the Duck Tales TV series.
The movie is an adventure story featuring Scrooge McDuck and Huey, Dewey and Louie.
If you are ever on Jeopardy, it may help to know that the nephews' full names are Huebert, Deuteronomy and Louis.

A Goofy Movie is a 1995 theatrical feature about a cross country trip with Goofy and his son Max.
This brings about the disturbing concept that Goofy had sex at least once.

And finally Victory Through Air Power. This was an interesting film that Walt Disney made after being impressed by the content of a book by the same name. The film is certainly the most unusual feature film the Disney Company ever made.

Even if you aren't in the mood for the whole movie, the youtube clip has an introduction by Leonard Maltin that should tell you all you need to know.
Posted by Guy Hutchinson at 9:31 AM

please let us not forget the brave little toaster.

Don't worry. No one will ever forget The Brave Little Toaster.