The discussion starts because of Dana's review of Epic Mickey (he thinks it's boring) which has some unique looks at Disney icons:

Epic Mickey is a open ended platform game for the Wii.

Ken briefly mentioned that there may have been a Disneyland game in Japan, years ago. Actually there were at least 2: 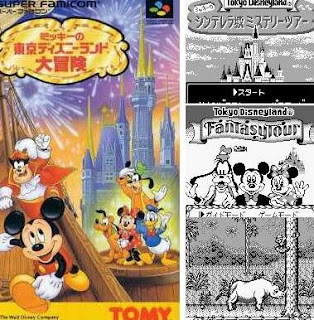 Mickey no Tokyo Disneyland Daibōken (Mickey's Great Adventure in Tokyo Disneyland) was a 1994 game for the SNES where Minnie has been kidnapped (or should I say MOUSEnapped... or should I shoot myself for typing something so stupid) by Pete. You play as Mickey and you must trek through lands (Fantasyland, Tomorrowland etc.) to rescue her.

Also in Japan they released Tokyo Disneyland: Fantasy Tour in 1998 for Game Boy. 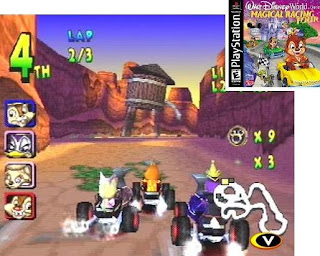 In this game players compete in races on courses based on the Disney attractions Haunted Mansion, Pirates of the Caribbean, Big Thunder Mountain Railroad and Space Mountain.
This game was released for Sega Dreamcast, Game Boy Color, and the original PlayStation.
[Edit: on episode #165 it is mentioned the game was more likely this NES Disneyland game.]

Then they talked about the fan-made level of Left 4 Dead that took users through the Disneyland ride Indiana Jones Adventure: Temple of the Forbidden Eye.
The level is amazingly accurate and is full of detail. 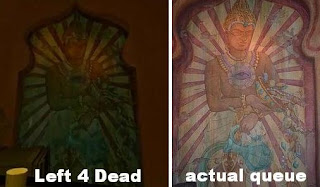 Ken was impressed that they showed the John Rhys-Davies queue video within the video game level: 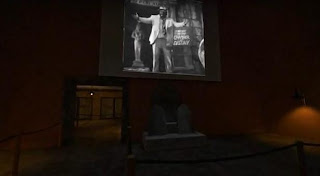 If you want a version with some dead zombies click here.
Posted by Guy Hutchinson at 4:58 AM