In 2008 Chowder had a special Christmas episode entitled "Hey Hey It's Knishmas" and on Christmas Eve Cartoon Network will be airing it at 7:30pm.

So get yourself a glass of eggnog and gather up the family in front of the TV. 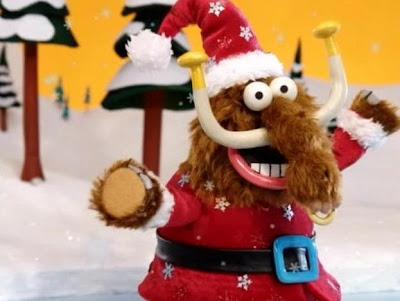 It's a silly parody of Christmas about a Santa like character who vomits presents for you if you are good (and make a good smingerbread house.)

If you are bad he goes into a terrible rage and destroys your smingerbread house.


Chowder, the young lad the show centers around, goes to see Knish Kringle and asks him for an 'electric broccoli trimmer with a detachable non-electric cauliflower trimmer.'