When he was in California, Ken was on his Twitter feed voicing his displeasure with some fast food French fries.

Before he left, he hit another L.A. burger joint and hit Twitter with his thoughts: 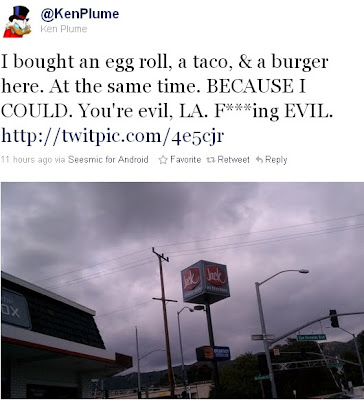 Jack in the Box is a California based burger chain that opened in the 1950s, and yes, they sell tacos, egg rolls and burgers.

Here is a vintage ad from Jack in the Box:

Yep, back then whether or not your dog asphyxiated in your flaming condo was entirely left to the speediness of burger flippin' teens.

Here is another spot with the delightful comic talents of the old lady maid from Diff'rent Strokes:

Boom. Jack did return eventually to kill 'em all:


Anyway, after his Japanese-Mexican-American combo, Ken tweeted some more:

I found a Fanta commercial... it's a doozy:


Ken then went for the jugular demanding to see L.A.'s tater tots: 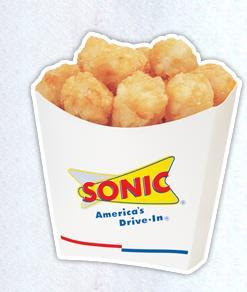 To follow Dana, Ken and anyone else involved with The Ken P. D. Snydecast click here.
Posted by Guy Hutchinson at 5:01 AM