a closer look: The Cabazon Dinosaurs

In the 2009 episode KEN P.D. SNYDECAST #86: Anniversa-wee Dana tells Ken of his trip to see the Cabazon Dinosaurs. 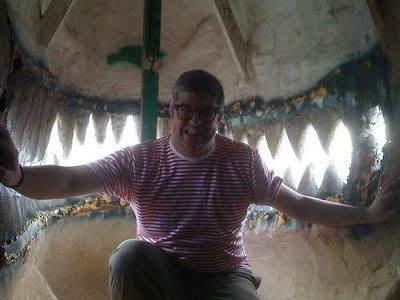 The Cabazon Dinosaurs were built by a man named Claude Bell over the course of the 1960s to 1980s.

The two giant dinosaurs were built to attract business to The Wheel Inn restaurant (that Dana also mentioned.) 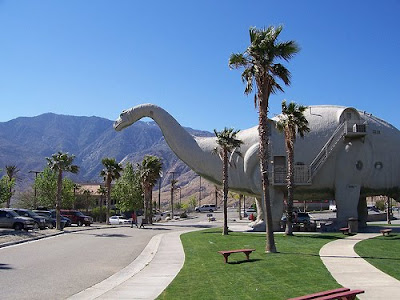 The iconic dinosaurs have been used in TV and movies, most notably in Pee Wee's Big Adventure and The Wizard. 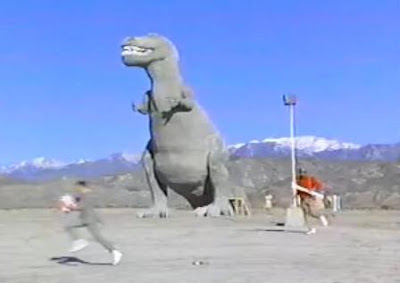 Today, as Dana mentioned, the dinosaurs are part of a creationist museum.