a second listen KEN P.D. SNYDECAST #133: The Things We Do

KEN P.D. SNYDECAST #133: The Things We Do is one of the shortest episodes clocking in at about 20 minutes.

Dana was on location and sounded like he was on the other end of a drive in movie speaker.

Still, lack of audio quality is trumped by an excess of entertainment quality.

Dana is driving to the Annie Awards and at the start of the podcast is a bit lost.

Dana talks about the movie The Imaginarium of Doctor Parnassus which results in Ken paying him a dollar. You will have to listen to know why.

The boys then talk about where they like to sit in a movie theater then spin into discussions about other films they had seen recently.

The podcast also features talk of the Arclight Cinerama Dome: 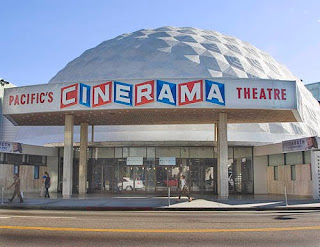 The Dome is one of the most famous theaters in Hollywood.

The show ends with another dollar bet. Ken bets that after the awards show Dana will end with in a hot tub with William Shatner and Tom Kenny. 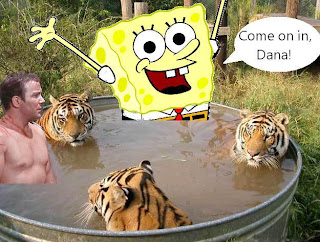 KEN P.D. SNYDECAST #133: The Things We Do is a great episode. Give it another listen!
Posted by Guy Hutchinson at 6:55 AM