Last night Ken watched the Russell Brand remake of Arthur and tweeted about it:

So. Russell Brand is doing a Dudley Moore impression in this? Fine. I shall be Peter Cook is my criticisms of it. #Arthur


Helen Mirren is wearing sensible shoes. It's like she knew she'd have to carry this movie. #Arthur


14 minutes in. Still waiting for a laugh. Perhaps when Jonah Hill shows up as his fiancee. #Arthur 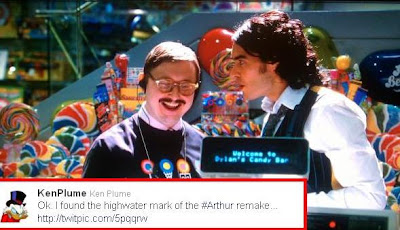 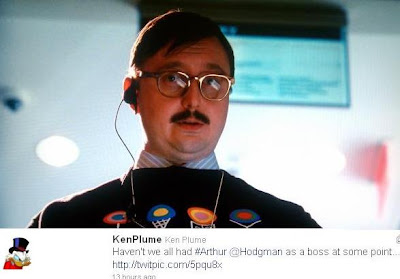 Don't get me wrong: I like Russell Brand. I was a fan long before anyone else in the US knew who he was.This film just doesn't work. #Arthur


When you get caught between the moon and New York City, you're probably dead from lack of oxygen. #Arthur

To follow Ken, Dana and anyone else involved with The Ken P. D. Snydecast click here.
Posted by Guy Hutchinson at 6:45 AM

Wow, possibly the greatest video ever. I think I may put up a bunch of the Red Nose videos tomorrow.