Dana Snyder on stage in Run For Your Wife 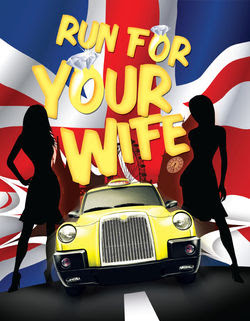 Dana Snyder will be performing in one final summer production at the Lyceum Theatre in Arrow Rock.

This show is called Run For Your Wife and it runs from July 23-30.

This is a fast paced adult comedy and Dana plays the freeloading neighbor, Stanley.

Here is a description from The New York Times:


In this comedy about bigamy, a dull man turns out to have a hyperactive romantic life. That is the beginning and the slowly approached end of the evening's tomfoolery. John Smith, a London taxi driver, maintains two separate households, one in Wimbledon, the other a few minutes away in Streatham. Because of an accident too complicated to explain, his worlds collide, and the police are called in to investigate.

With increasing ineptitude, the taxi driver tries to keep one wife from learning about the other. To extend his comedy, Mr. Cooney uses every subterfuge in the joke book, including the pretense of his being homosexual. Whenever possible, the play makes fun of stereotypes (dumb cops, swishy gays and prefeminist women who think only of getting their man into bed). 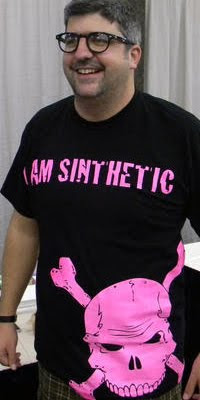 Gas up the car and get to Missouri and see the show!
Be sure to check out the Lyceum Theatre website for more details.
Posted by Guy Hutchinson at 7:54 AM