The Blues Brothers in the mall 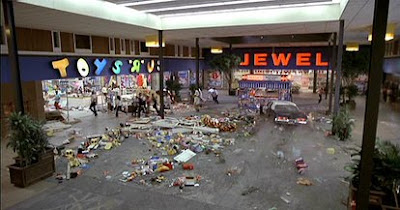 On Ken PD Snydecast 9: A Mailbag Special a listener named Raul writes in and asks Ken what his favorite movies are.

One of the most fun scenes in The Blues Brothers takes place in the Dixie Square Mall. The mall had closed down and was redressed making it a remarkable filming location.

Here is a neat behind the scenes look at the filming of the scene... it's like 4 minutes long and for some reason is uploaded as 4 separate parts:

There are some interesting videos showing the decay of the mall. I really like this one:

BTW early in the clip you see a juxtaposition of these two photos: 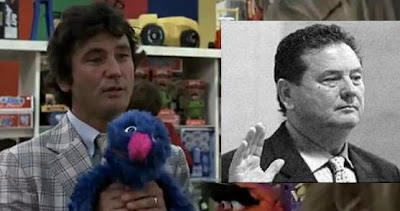 The man in the pictures is stunt man Gary McLarty, the left shot is from Blues Brothers and the inset shot on the right is from when he testified in the Robert Blake trial that Blake had tried to hire him to kill his wife.
Posted by Guy Hutchinson at 2:11 AM