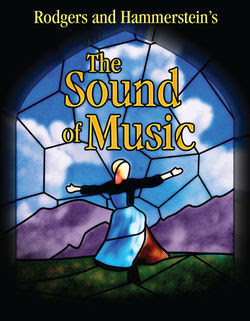 Dana Snyder will be performing once again at the Lyceum Theatre in Arrow Rock in The Sound of Music starting today (through July 17.)

The show has been written up in the Boonville Daily News and sounds fantastic!

Arrowrock —
The Arrow Rock Lyceum Theatre's 51st Season continues with Rodgers and Hammerstein's classic, The Sound of Music, opening on July 6 with fourteen performances through July 17.

Based on the memoir of Maria von Trapp, The Story of the Trapp Family Singers, with a book by Howard Lindsay and Russel Crouse, The Sound of Music features a lush score filled with unforgettable songs such as, "The Sound of Music", "Edelweiss", "My Favorite Things", "Climb Ev'ry Mountain" and "Do-Re-Mi".

The Sound of Music was the final collaboration between Richard Rodgers and Oscar Hammerstein, and has garnered numerous honors, including five Tony Awards for the original 1959 Broadway production, starring Mary Martin and Theodore Bikel, and five Academy Awards for the 1965 film adaptation, starring Julie Andrews and Christopher Plummer.

Director, Peter Reynolds, says, "We have been appreciating the consummate skill of the composers of The Sound of Music whose contributions changed musical theater forever, and focusing our energies on Rodgers and Hammerstein's sage advice: 'mean it from the bottom of your heart, and say what is on your mind as carefully, as clearly and beautifully as you can.'"

When the irrepressible novice, Maria, proves too high-spirited for the religious life, she is dispatched to serve as governess for the seven children of a widowed naval Captain. Her unorthodox approach quickly wins over the children but conflicts with the structure that the Captain insists upon.

To read the full article click here.
Also, be sure to check out the Lyceum Theatre website.
Posted by Guy Hutchinson at 4:22 AM