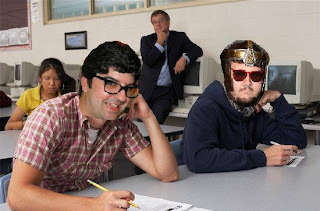 1. What is the very first thing Dana does on this episode?
a. Greet the listeners.
b. Complain about his taxes
c. Argue with Ken about whether they need to do a "count in" 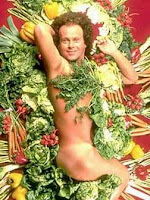 3. How does Dana describe The Golden Girls?
a. Funny
b. Sexy
c. Just like Knight Rider without "that racist car"

4. Which disgraced actor does Ken suggest Dana play in a movie?
a. Randy Quaid
b. Charlie Sheen
c. Dana Snyder

5. Dana doesn't understand the success of what show?
a. Two and a 1/2 Men
b. The New Adventures of Old Christine
c. The Godfather Part II: The Animated Series

6. What newspaper does Dana say he reads on his Kindle?
a. The Onion
b. The New York Times
c. LA Xpress

7. What did Ken say he made in wood shop?
a. a bookend
b. an end table
c. a wooden inflatable lady

8. Ken mentions the "Yeti" at Walt Disney World, what ride is it in?
a. It's a Small World
b. Expedition Everest
c. Mr. Yeti's Wild Ride

9. What was the special drink Ken ordered 4 mugs of in Universal Studios?
a. Goblet of Fire
b. Butterbeer
c. Dumbledoctor Pepper 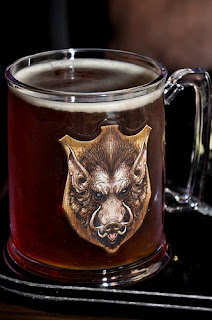 10. What drink did Ken order for Dana in the Boar's head mug?
a. Bud Light
b. Hagrid Hi C
c. Potter Punch

Damn you, Wienerbreath! As if I didn't hate Richard Simmons and vegetables enough already!

I'll never toss a salad again. (Interpret that as you wish.)