On KEN P.D. SNYDECAST #172: ButterBore the boys talked about Two and a Half Men and John Cryer.

On the episode Ken referred to Cryer as "Duckie" which confused Dana.

Ken then tries to recall which John Hughes film Duckie was in: 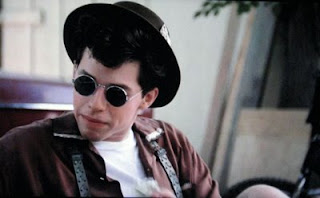 After determining which film Long Duk Dong was in (Sixteen Candles) Ken determined that Duckie was in Pretty in Pink.

I guess because there couldn't be TWO wacky duck named characters in one movie. Here is Long Duk Dong, BTW: 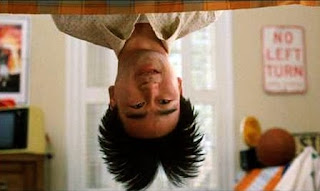 Anyway, Dana announced that he has never seen Pretty in Pink because it is a "lady movie".

On Episode 63 Dana explained his aversion to "lady movies". Take a look:

Dana: I love all movies except lady movies.
Ken: Now, what's your definition of lady movies?
Dana: You know, Thelma and Louise, A Room With A View, The English Patient uh… whatever that f***ing thing… The Women-The Sisterhood of the Traveling Pants. Need I go on?
Ken: Yeah!
Dana: A movie that only appeals to ladies.
Ken: I want to see how many you can name, now.
Dana: What?
Ken: I want to see how many you can name, now.
Dana: That's all I'm gonna name because I can't think of any more.
Ken: What about, uh, When Harry Met Sally?
Dana: Uh… almost a lady movie. 'cept it has Billy Crystal in it who I assume is appealing to no woman… so…
Ken: …and Bruno Kirby.
Dana: Right.
Ken: and Carrie Fisher.
Dana: Yeah. Okay. Enough with the cast list!
Ken: I'm just sayin'.
Dana: Which… alright let's do this for a little bit. Lady movie, or not lady movie?
Ken: (laughs) Sleepless in Seattle
Dana: Definite lady movie. Although I have seen it.
Ken: Okay… Princess Bride.
Dana: Not a lady movie. On first sight you might think it's a lady movie but it's actually not. Because once again, Billy Crystal is in it.

Is Pretty In Pink a lady movie? 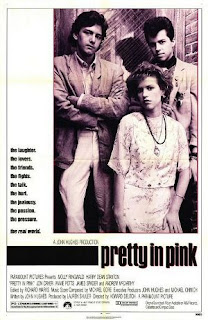 I will let you decide.
Posted by Guy Hutchinson at 4:11 AM

I think it's safe the say that Pretty In Pink is a lady movie. But, that doesn't mean it's not a great movie. There are plenty of lady movies that I, as a lady, am against and have zero interest in. This is certainly not one of them. Dana should see it at least once.