On KEN P.D. SNYDECAST #177: Hoard To Tears Dana mentions the Cheers set and says he thinks it's part of the Smithsonian Collection. 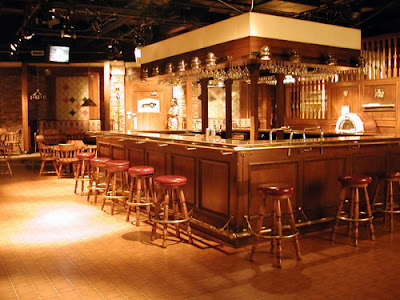 When the show ended, they publicly announced a plan to give the set to the Smithsonian. Ultimately, the Smithsonian rejected it because it was too big to store.
The set remained on a stage at Paramount for a few years as part of the studio tour.

Eventually they needed the space and donated it to the Hollywood Entertainment Museum.

I visited the museum a few times in 2002. On Monday nights they would have a catered "Monday Night Football" party.

Here are some pictures of me at one of those partys: 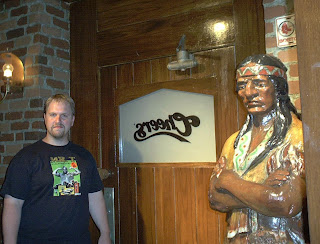 The set was laid out with the "fourth wall" being the entrance. There was a fake staircase to Melville's. Whenever you watch someone go up there in an episode, remember they are just hiding at the top till the camera cuts: 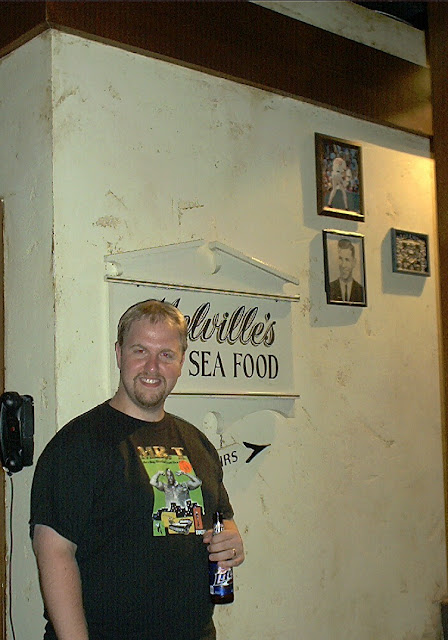 Yeah, I was having a Miller Lite on the Cheers Set.

The set was neat to look at. Lots of the props on the wall were simply pictures cut out of old newspapers and framed. 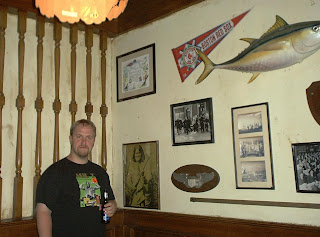 The museum also had Mulder's office from X-Files and the "bridge" from Star Trek TNG as well as many pieces of memorabilia. 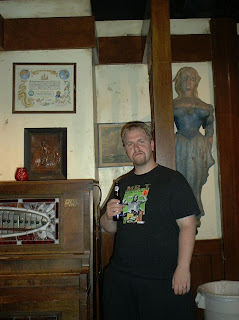 The museum closed it's doors in 2007. I hope the Cheers bar is safely in storage somewhere...
Posted by Guy Hutchinson at 4:00 AM