You may remember when Dana tweeted that he was selling a Talking Dennis Miller doll on eBay: 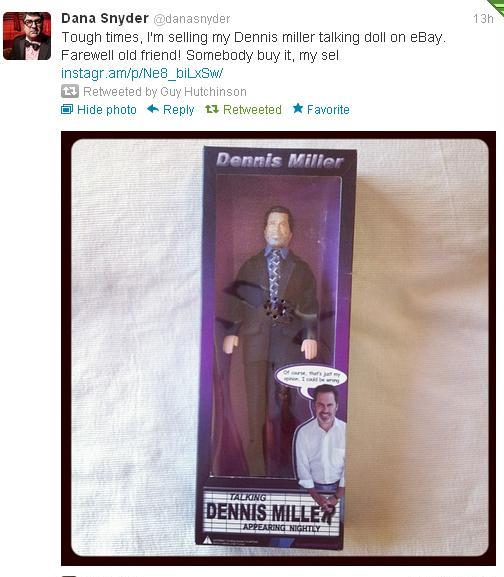 After some furious bidding I became the heir to Dana Snyder's Talking Dennis Miller doll. It's a great responsibility. 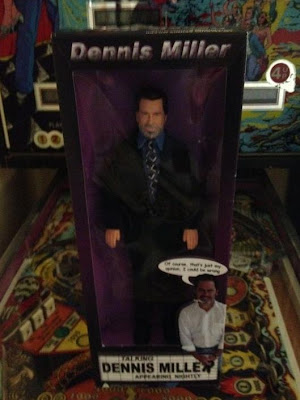 Yesterday he arrived in the mail, so I did something I never thought I would do... an unboxing video. I think now I can count him as a tax write off.

Yes, like a newborn baby emerging from the womb, Dennis Miller shook free of the shackles of packaging.

Well, not want to leave him home alone, I took him with me all day. I mean, what if some burglar burgles him?

Anyway, I took my wife and son to Sesame Place (a local theme park based on Sesame Street) and Talking Dennis Miller came along. Here we are waiting for the parade: 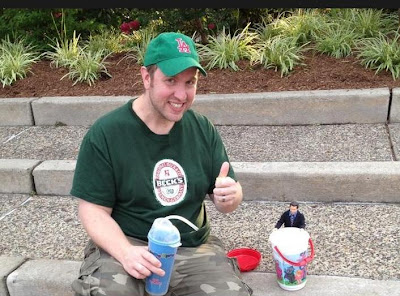 Here he is getting his caricature drawn: 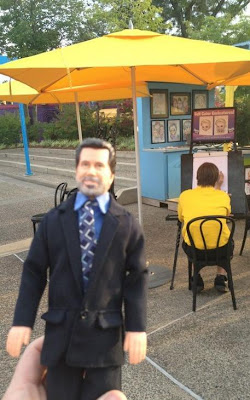 Here he is meeting a pink muppet: 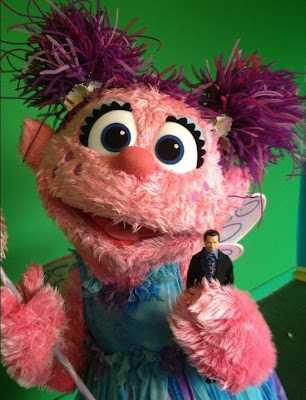 And here's a couple shots of us later at the bar. 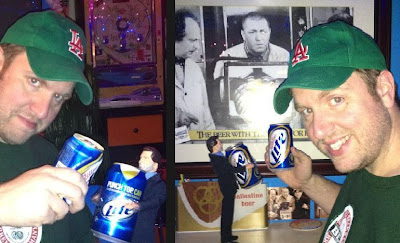 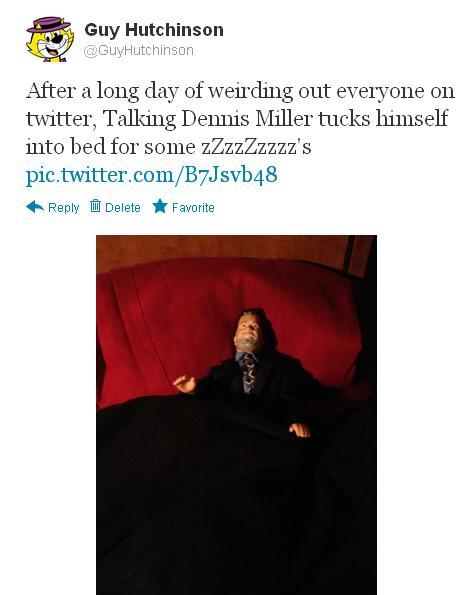 Who knows what other adventures Dana Snyder's Talking Dennis Miller doll has in store for him?  Maybe I will put him in a box and ship him off to drink beer with Aaron and Brian from Cabin Fever. Perhaps I will ship him to Australia to visit with some of the Aussie Snydecast listeners.

Either way, I wanna ship him somewhere. He's drinking too many of my beers.
Posted by Guy Hutchinson at 5:55 AM