On KEN P.D. SNYDECAST #176: Groove Me Dana mentions that his friend Chip had to learn lines of The Odd Couple in a hurry because the actor that played Oscar was about to be a father. 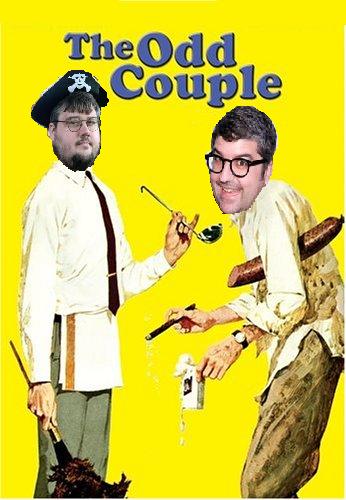 Unless Dana has more than one friend named Chip he is talking about Chip Duford who appeared on a Snydecast in 2006.


KEN P.D. SNYDECAST #18: Flyover States:
[adult swim]’s Dana Snyder and Ken Plume’s weekly chat podcast returns with a special guest, as Dana is trapped in the midwest with his good buddy Chip Duford in this special 2-part episode.
Posted by Guy Hutchinson at 11:18 AM