Jon from theuniquegeek.com clued me in to a fantastic series of posts that have been going up on that site. It's a 50 day countdown that to hype everyone up for the upcoming DaragonCon.

As part of the countdown a couple videos featuring Ken and Dana have surfaced from DragonCon 2010.

You can see the original posts here and here.

The videos were taped during a wacky star studded DragonCon panel (playing the old game show Liars Club.) On the panel are some MST3K alumni, Misty Lee, Adam Savage and the inimitable Dana Snyder.

The panel is hosted by the great Ken Plume and Widget Walls is there, but I don't think he does or says anything in either of the clips.

This panel was mentioned on KEN P.D. SNYDECAST #152: So, Where Were We.

Dana was talking to Ken about how people were eating caffeinated marshmallows on the panel:

Yeah, you better see the video...

One thing that I noticed during the panel was what everyone was drinking: 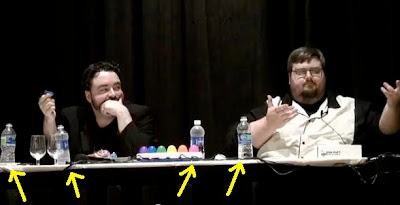 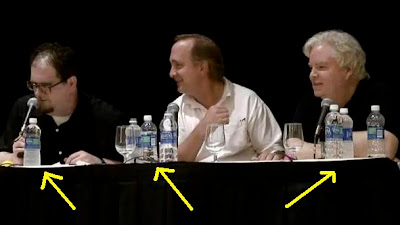 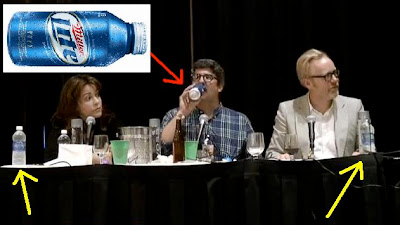 YEEEEAAAAHHHH DANA! That's why we love him so. 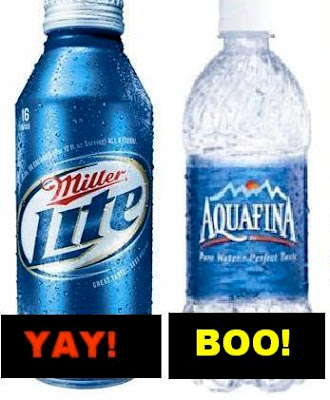 
Go ahead and follow the countdown on theuniquegeek.com... and while you are following things, follow Jon over on Twitter as well.
Posted by Guy Hutchinson at 6:09 AM