Ken was on Twitter last night lamenting the lack of an iPad release for some of the old Sierra games. Specifically he mentioned the Space Quest, King's Quest and Hero's Quest series.


Sierra was a software company founded in 1979 and known for their graphic adventure games and wacky promo videos.


Well, maybe they weren't known for the wacky videos, but they sure made 'em:


BTW, if you head over to sarien.net you play many of these games online. You will love it! 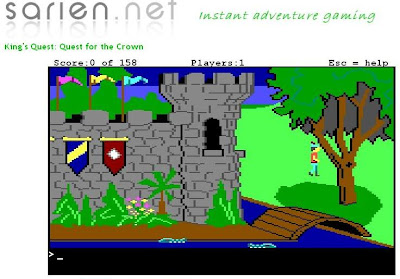