VIDEO: Dana in Come on Over

Here is a great YouTube video designed to promote the TV series Come on Over. According to Wikipedia (which is some kind of thing on the internet that has some facts... but very little Plume) the show is:


...a children's television series produced by the Grand Rapids Children's Museum in association with Enthusiastic Productions. The series was created by Joel Schoon Tanis, and is executive produced by Tanis, Patrick W. Ziegler, and Teresa L. Thome of the Museum. The mission of the show is to "inspire creativity and imagination in children". 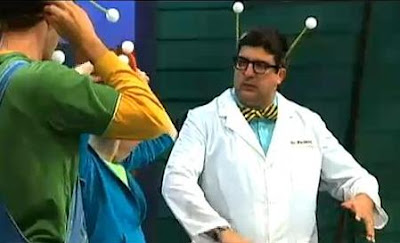 At about 2:07 you get to see Snydley act in a sequence with the legendary Ruth Buzzi!

And here is another clip. Dana sings a delightfully fun children's song "If I Were a Bee":

Posted by Guy Hutchinson at 3:09 AM