The link went to this picture: 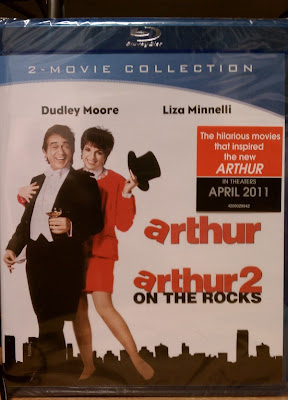 We will deal with the sticker, but first here is a look at the 1981 film Arthur:


It's a fun film from a time when alcoholism was just a hoot!

Here is one of the more memorable moments from the film:


Arthur was a big hit. Inevitably a sequel followed:


They even made a cartoon version for the kids:

Or maybe that's a different Arthur... but man he can rap.

Now, about that sticker: 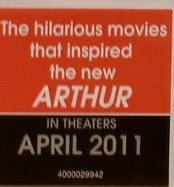 Yep, the remake starring Russell Brand. If you haven't seen the trailer yet take a look:


What was Widget's response to the sticker?

THERE IS NO STICKER.

I didn't know that. So the Arthur remake has the Batmobile & Hodgman. I may have to see this!