Over the 5 years of Ken PD Snydecasts Ken and Dana have mentioned Johnny Carson's Tonight Show a few times.

It's really no wonder. With all the hours that they have spoken its inevitable that Johnny's name would come up. Johnny made a huge impact on pop culture during the years that he hosted the late night program.

Recently I stumbled across a news article that talked about the auction of one of Johnny's desks back in 2005.

This was not Johnny's only desk. He had quite a few: 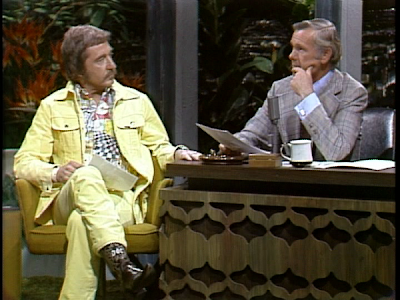 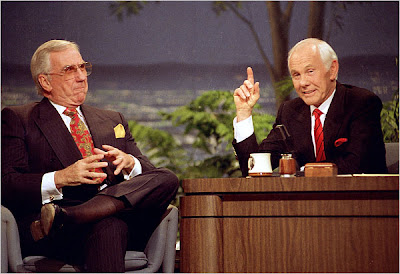 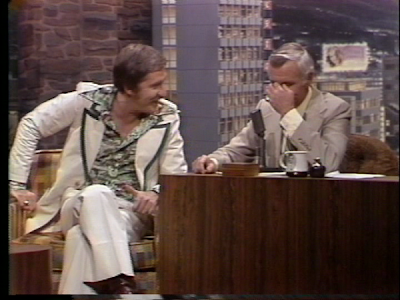 The desk that went up for auction was a pretty simple one: 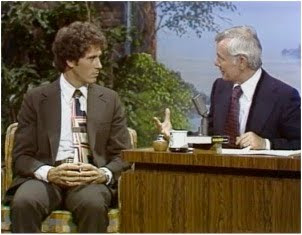 The unique features of the desk were not seen on TV: 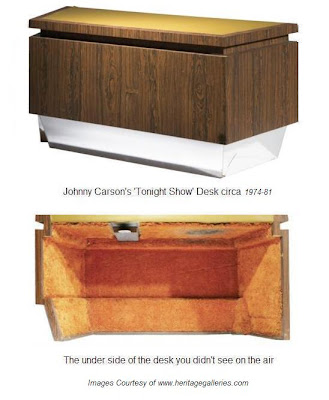 The desk is completely empty in the back. No drawers except one: 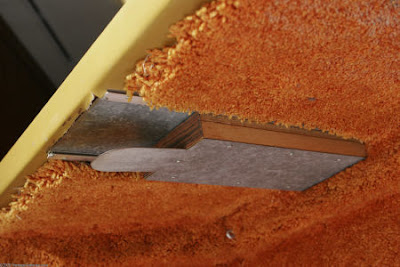 This neat hidden drawer slid out to be used as an ashtray for Johnny's cigarettes.

The underside of the desk was covered in a sweeeeet orange shag rug. Seriously... under his desk it looked like a 70s lounge.

Also there is a burn mark under the desk from a moment in the show's history when Johnny accidentally set fire to his notes. It's not on YouTube, sadly.

Posted by Guy Hutchinson at 4:18 AM