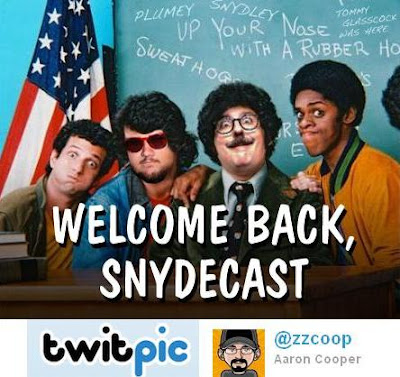 It's a fun episode full of tales of missing Richard Simmons, taxes, "Two and a Half Men", Ducky and Harry Potter-land.

It's a solid episode that reveals such answers as:
What newspaper does Dana read?
Does a shepard's pie have meat in it?
&
Why Dana doesn't use a router?

Sadly the question of why people watch "Two and a Half Men" is left unanswered.

Posted by Guy Hutchinson at 5:34 AM

FYI Regarding Eagleheart: The creators of the show were interviewed by a certain [adult swim]-oriented podcast... [adult swim] recommended Chris Elliot as the main character prior to the show being produced.