On Ken P. D. Snydecast #183: Your Area And You Dana mentions that October 10th would have been Dana Eclar's birthday. 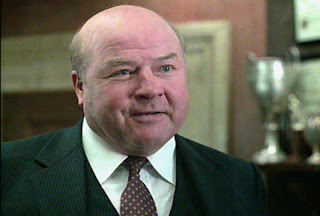 Mr. Eclar appeared in about 40 films, but his most memorable role was on the series MacGyver where he played the "boss" Peter Thornton.

Ken and Dana then get side tracked into talking about Casio keyboard based TV theme songs from the 1980s: