Damn Yankees in the news 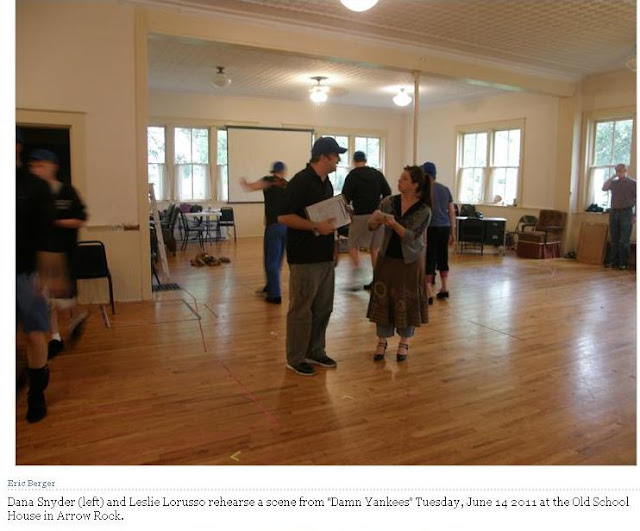 The Boonville Daily News website has an article up written by Eric Berger. Eric Berger also has provided us with some wonderful rehearsal photos making him my second favorite Berger - after one with bacon and cheddar, of course (yep, I am sure he never heard that joke before.)

You can find the full article (and photos) here.

Below are some excerpts:

The actors at the Lyceum Theatre have their souls in tact, even if they don’t play as such on stage.

They stood scattered around the Old School House in Arrow Rock Tuesday, rehearsing scene changes for their upcoming performances of “Damn Yankees”, a musical which offers a modern take on the Faust legend.

Some of the actors, with Broadway credentials, will make their first appearances at the mid-Missouri playhouse. Others are familiar with the town whose population is a fraction of the theater capacity. 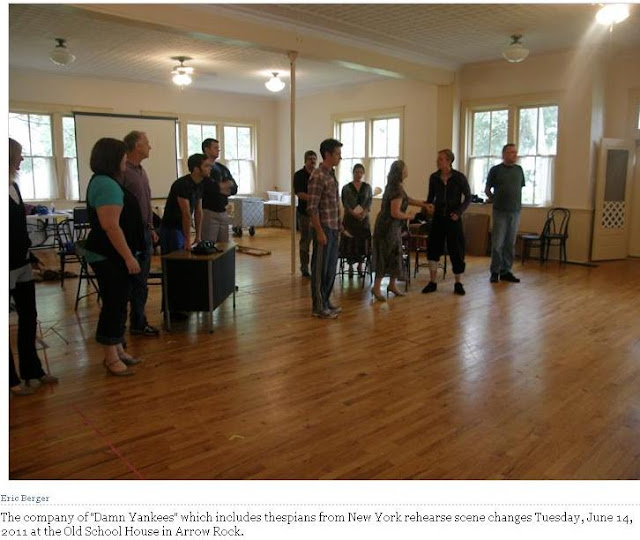 Above is a cast photo. You can spot Snydely in the back standing next to a pole. He's probably waiting for a stripper to show up. I do that sometimes.
Posted by Guy Hutchinson at 5:55 AM