You can catch Dana in the third installment of the Open Season franchise. Dana plays Alister the llama in the computer animated film that debuts on DVD Tuesday the 25th. 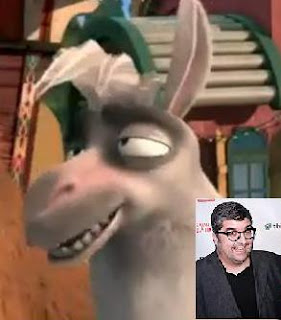 The film did get a theatrical release on several hundred screens in Mexico and Russia.

Sony wanted to see if the film would delight Mexican and Russian audiences.

You can check out a little of Dana's performance in the movie's trailer: