On A Bit of a Chat with Ken Plume & Dana Snyder Dana mentions that there is an elementary named in his dad's honor:

Here is Mr. Snyder's bio from the school's website: 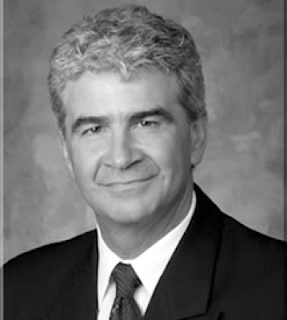 Snyder ES opened in 2001. It was named after local architect, Bill Snyder.

Mr. Snyder is known for leading pro-bono projects, specifically projects that involve children. Having been touched by the Haitian earthquake of January 12, 2010, Bill was compelled to do something.  This led to his most recent undertaking.  He joined an assessment and design team working in conjunction with Schools of the Children of the World.  The team traveled as a part of a 10-person team making 2 separate trips to Haiti to evaluate the damage and begin planning efforts for the construction of 11 new schools in Leogane, Haiti.  Bill was tasked with heading up the planning and design of one of the schools, Bongnotte, which is now under construction.

Bill is a proud grandparent of two.  His granddaughter, Maya is 4-years old and her little brother, Benjamin was born on September 13, 2011.

Bill is now retired from Tate Snyder Kimsey Architects.  He is a Vietnam vet and family man.  His free time is spent running (has run many marathons), sketching, playing golf and is a car enthusiast.
Mr. Snyder is well known around Snyder ES. He runs with the running club and does other special things to help Snyder's students be successful.
Along with Mr. Snyder, the staff and students of Snyder Elementary work hard to support one another as a learning community which values character as well as academics.