On A Bit of a Chat with Ken Plume & Dana Snyder Ken mentions his "Oscar fish". Dana doesn't know what one is. 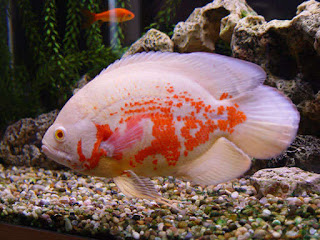 From wiki:
Astronotus ocellatus is a species of fish from the cichlid family known under a variety of common names, including oscar, tiger oscar, velvet cichlid, or marble cichlid. In South America, where the species naturally resides, A. ocellatus specimens are often found for sale as a food fish in the local markets.The fish can also be found in other areas, including China, Australia, and the United States. Although its slow growth limits its potential for aquaculture, it is considered a popular aquarium fish. 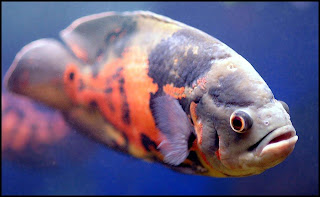 Oscars are not "related" to Piranah.

Oscars are part of the Cichlid family that contains others species like Jack Depseys and Angelfish.

Piranah are part of the Characidae family and that group contains species like Neon Tetras and Silver Dollars. 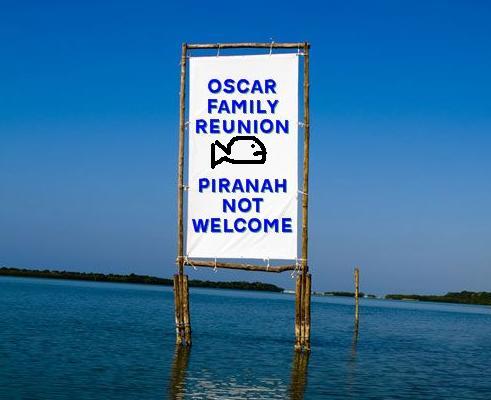 Plumey's Oscar died in a bucket and, since he was too big to flush, was buried in a motel parking lot. 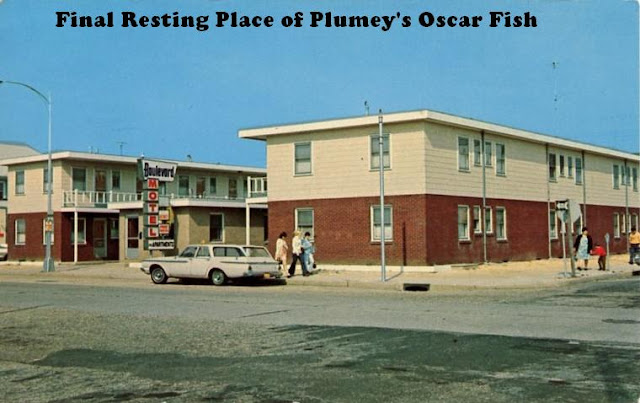 love oscars They are fun fish to own.