On August 22nd Aaron Poole promised to answer any questions Twitter threw at him.
I asked if he would take Dana Snyder's Talking Dennis Miller Doll around Ireland someday.
This was his response:

Before you could say "Aaron was probably just kidding" I prepared Dennis for flight: 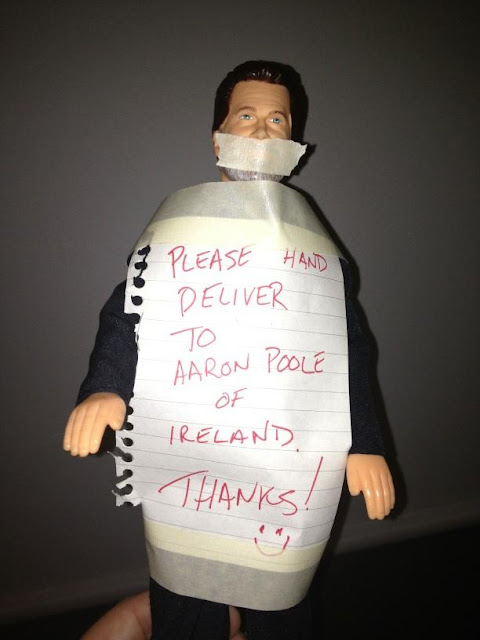 Anyway, Aaron went above and beyond "spreading the ironic Dennis Miller love": 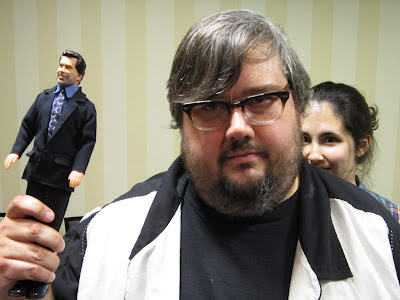 He did a post all about it, and rather than cut and paste it, I want you to read it on his site. Then go back to his site regularly. He rocks!
CLICK HERE FOR THE POST.
Now, if you are curious about what racist jokes Dennis Miller says, here are some quotes from the box:

"Other than the bombs they strap to their chest, I have no absolutely no idea what makes the Palestinians tick."

"The only way we were gonna get the French to go into Iraq was to tell them there were truffles in there."

So again, CLICK HERE FOR THE POST and many thanks to Aaron Poole for taking a silly idea and making it fantastic.
Will we ever see Dana's Talking Dennis Miller Doll again? Only time will tell....

Posted by Guy Hutchinson at 8:01 AM