Here are EVEN more of them: 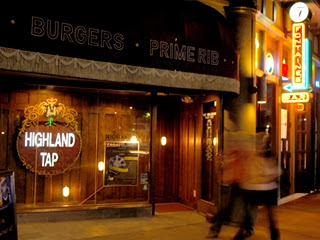 Dana mentions that he hasn't been in this place for a while. 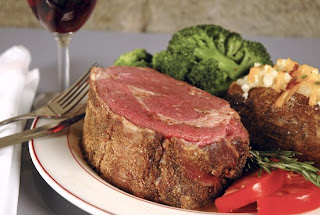 Known for fine steaks, this place has a cellar atmosphere.

Despite not being impressed by the TV chef who runs the place, Dana found this place INCREDIBLE.

This is Hugh Acheson of Top Chef  Masters: 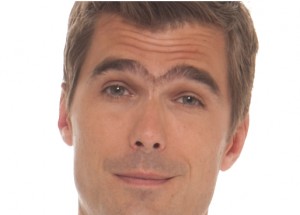 I don't know how Dana could NOT be impressed by this guy! He's wearing a fake mustache as eyebrows!! 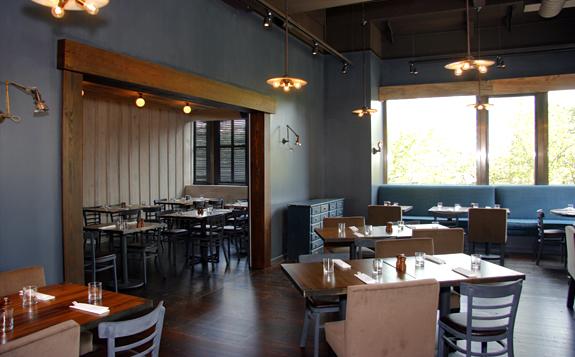 The restaurant was so good Dana went there two times in two days.

Ken talks about wanting to go here and not eat. 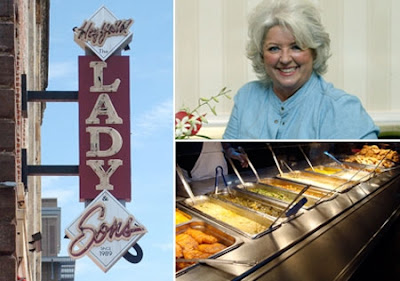 They also discuss the "grillades" on the menu.

Here is the definition:

Grillades are a traditional New Orleans food generally served at breakfast or brunch with grits, and often referred to as grits and grillades. Recipes vary, but usually include beef, veal or pork; slow cooked with vegetables and served over grits. 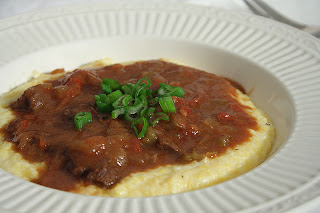 Posted by Guy Hutchinson at 7:00 AM

FYI you will not see her if you go to the restaurant. There is a gift shop next to it and we asked how often she comes in and they were like, "Oh she comes in all the time, you never know when you'll see her" But someone approached me shortly after that and said she very rarely comes in unless there is a book signing or event of some sort.