Dana to appear at 'Mid-Missouri's Got Talent' at SoCo Club, 11/5

Are you in the Arrow Rock Missouri area? You have ANOTHER chance to see Snydely this week. See the press release below: 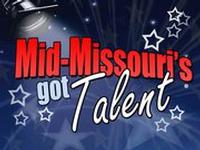 Finals will be on November 5th at the SoCo Club, 128 E. Nifong, Columbia, MO.

After two days of auditions, 12 finalists were selected to compete. There are cash prizes up to $500 with two possible ways to win: most talented and most money raised. Votes for the contestants are $1 per vote. "This event sold out last year and was a huge success," says Managing Director Steve Bertani, "and we wanted to find a way to showcase our local talent with a fundraising event that could also raise much needed funds for the theatre." "The selection process was difficult but we are thrilled with the talented individuals competing in the event. This should be a very entertaining evening" says Artistic Director Quin Gresham. "The competition includes vocalists, dancers, a harpist, an electric flautist and other exciting musicians. We are really excited about the variety that will be on display."

The competition has a panel of celebrity judges: Fred Parry, Publisher, Inside Columbia Magazine, Monica Senecal KPLA morning radio personality, Robert Wells, Sales Manager KBIA Radio and Dana Snyder, an actor who has performed in theatres around the country, and in film, television and radio. His voice is most recognizable as that of Master Shake on Adult Swim's AQUA TEEN HUNGER FORCE. Lyceum audiences will remember Dana from his hilarious performances in Run For Your Wife in 2011 and in 2010 as Max Bialystock in The Producers.

For tickets or more information visit lyceumtheatre.org or call 660-837-3311.

Posted by Guy Hutchinson at 3:55 AM