On KEN P.D. SNYDECAST #202: Too Hot To Tot Ken and Dana talk about Jammie Dodgers. 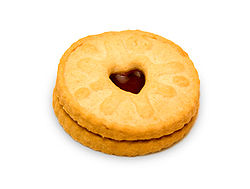 According to Wikipedia:
The biscuit has been mentioned several times in the British science fiction programme Doctor Who. Lead actor Matt Smith has described Jammie Dodgers as "The Eleventh Doctor's favourite snack".[citation needed] Most prominently, in the episode "Victory of the Daleks" (2010), The Doctor attempts to pass one off as a remote self-destruct button for his TARDIS. He also mentioned that he required a dozen Jammie Dodgers in his list of items needed to retrieve the child calling the president in the episode The Impossible Astronaut. In the episode The Bells of Saint John, he leaves a plate of Jammie Dodgers for his new companion.

Ken tweeted a photo of the bag: 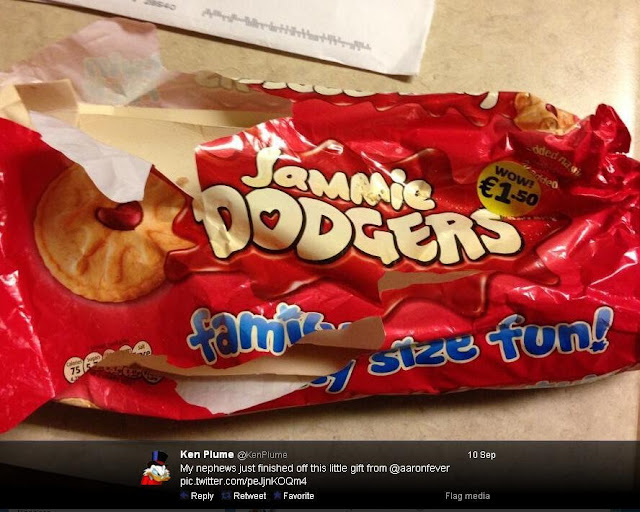