On Ken's 24 hour marathon of Chats in April he and Dana talked about imitation calamari made of pig rectum. 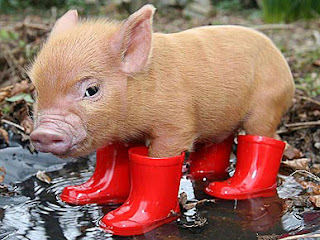 Dana talks about a 'This American Life' investigation. You can hear that here.

'Imitation Calamari' Investigated By 'This American Life,' Suggested To Have Dubious, Pork-Based Origin

Plenty of foods come surrounded by urban legends. Hot dogs and genetically-modified organisms, for instance, come with a cadre of rumors -- some true, some patently false. But if a recent segment on "This American Life" is to be believed, it may be time to add calamari to the list.

The popular radio show's Jan. 11 episode focuses on doppelgangers -- people and things that appear extremely similar on the surface but are actually totally different. 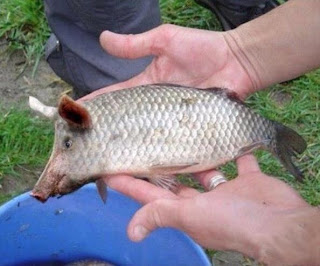 Though it has a shape and texture similar to the real thing, its component parts are decidedly different. While calamari comes from squid, the replica is supposedly made of hog rectum, otherwise known as "bung."

The irony is not lost on Ben Calhoun, one of the show's producers, and ring-leader of the segment, who notes:

In restaurants everywhere, right this second, people are squeezing lemon wedges over crispy, golden, rings, dipping the rings into marinara sauce, and they're eating hog rectum. Now they're chewing -- satisfied and deeply clueless. It's payback for our blissful ignorance about where our food comes from and how it gets to us. READ THE FULL ARTICLE AT http://www.huffingtonpost.com/2013/01/16/imitation-calamari-sliced-pig-rectum_n_2482063.html#slide=1555393
Posted by Guy Hutchinson at 6:36 AM