On KEN P.D. SNYDECAST #202: Too Hot To Tot Ken and Dana record together. In the same room.

They discuss how rare this is. It has happened a few times before. 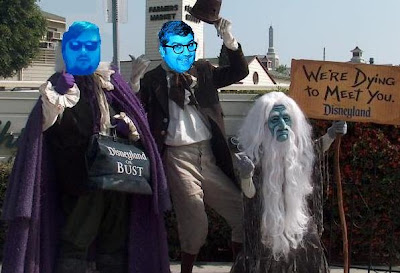 There is also at least one more, KEN P.D. SNYDECAST #8: Tijuana Taxi which was recorded on It's a Small World.

Are there any more?

The old episodes are STILL broken?

There's also the one Dana videorecorded of the second logo contest... that never saw the light of day.