The music bed from the Ken PD Snydecast


Yesterday I got this email:

Dr. Wiener Breath! What's the name of the track they use in the background of the brilliant Ken P.D. Snydecast?
Cheers.
Josh B.

I gotta say, I have always wondered what it was.

Last week I did a post on the SModcast that Ken appeared on. On that episode Ken referred to the bed as  "the music that epitomizes Dana Snyder."

But what was it?

I asked Twitter, because Ken says it always knows the answer... although Dana says Twitter never gives answers so I emailed Dana directly. Maybe he knew.

I quickly got some info from a user on Twitter  who goes by the name Chancerubbage:

I also received an email from Dana who said it was "from an old lp" that he had given Plumey years ago "called something like 'I Love French Music'."

Now at this point I tried to see if my Blackberry music identifier app knew what it was. It didn't. So I downloaded something called Tunetanic. That didn't help.

Chancerubbage told me he tried Shazam. No dice. But then he wrote me this: 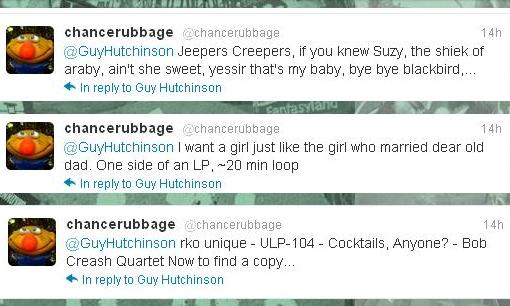 He then clarified it was a "Quintet." Yeah, I don't know what that means either. 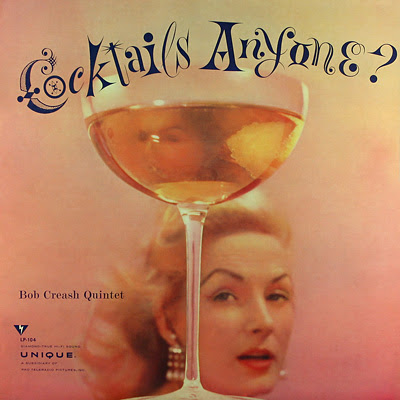 Well, there it is! The show starts off with the song Idaho. Here is a different version of the track by the great Benny Goodman:


The version from the Bob Creash Quintet sounds like it's slightly slower or at a different pitch than the Snydecast bed, but I am pretty sure it's the same. You can find it on iTunes or download it free from Shoddity: LINK

This might just be the greatest Experience post EVER! I've been wondering what this was since I began listening. Now with this in my collection, as well as the Jeff Lipinski "Little Waves" closing music, all I need is the track that provides the current opening and my musical Snydequest will be complete!

Thank you and thank you! I will be posting info on "Little Waves" soon! Glad you knew the name! I knew it was mentioned once, but I had not been able to find it!