A SECOND LISTEN: KEN P.D. SNYDECAST #116: Sometimes You Feel Like A Nut

KEN P.D. SNYDECAST #116: Sometimes You Feel Like A Nut is a very unique episode because it's the first one that DIDN'T include Plumey (save for a very funny intro.)

Instead of Ken we get Widgett Walls who (at the time) was Ken's co-host on the very funny Nuts on the Road podcast. 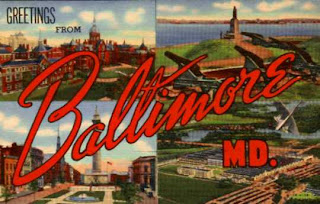 I know he was via satellite because Dana explains how the 4 Snydecast satellite trucks were sent to Baltimore via police escort.

This episode features talk of Dana's Elvis suit and details of the "suit fitting" photographs which were taken by Elvis who now has the head of a small boy. 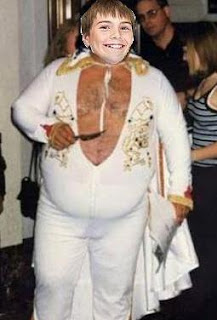 Then the King graces the podcast with tales of Carls Jr and Hotlanta.
Plus, burger smoothies were invented on the show: 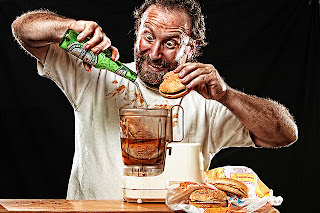 I recently talked to Widgett about this episode. I put his recollections into a YouTube video... and I decided to add some Bob Creash Quintet to the video. It just seemed right.

Posted by Guy Hutchinson at 8:12 AM