I tweeted to you earlier about making Dana's Moroccan stew recipe! You probably already know it was fantastic, haha.

Anyway, I remember that you said to take photos of his French Onion soup -- which I would have if I hadn't finished it off so fast! So this time when I made the stew I made sure I did. I've attached the photo! (Sorry it's not the most photogenic food, lol)

Also, next time I make his French Onion soup I'll be sure to take a photo of that too. However, the Snydewich is up next! I've been wanting to make that since that particular episode of the cast came out! 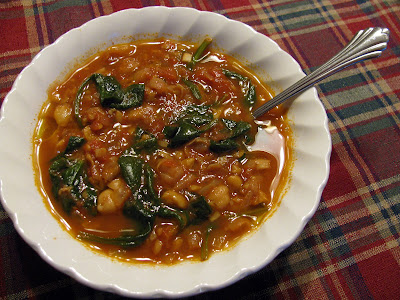 Here is the recipe:


1. Cover the bottom of a large pot with olive oil. Add 1 large diced onion and six chopped garlic cloves. Cook until translucent (do not brown.)


3. Add 1 quart low sodium chicken stock. Rinse and add the garbanzo beans. Add 1 can of diced tomatoes. Add 1 tbsp sugar, a couple of pinches of salt and ten twists of pepper (from a peppermill.) Bring to a simmer.


5. Remove lid and mash garbanzo beans with a potato masher.


6. Add spinach and mix until it wilts.


7. Serve with a drizzle of extra virgin olive oil on top of each serving. 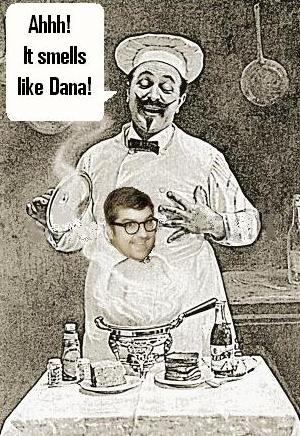 The Moroccan Stew was first mentioned on KEN P.D. SNYDECAST #159: Soup’s On (Ken & Dana return with a conversation that focuses largely on soup. Or a stew. We’re not really sure.)

Go ahead and make some! Then shoot me an email and let me know how it turned out. Or let me know anything else you want posted on the blog.
Posted by Guy Hutchinson at 7:44 AM