KEN P.D. SNYDECAST #112: Shoo Fly is a fun episode that features Dana, Ken and Aaron Poole driving around Atlanta (over the 2009 DragonCon weekend.)
As they drive they see a man that may have been a woman, a place that is either called Fat Mutts or Fat Matts (but not Fat Nuts) and they talk about the Aqua Teen Christmas album.
They are using a GPS (and riding in an old cop car) and Aaron mentions how TomTom had the voice of Mr. T available on their GPS:


After cruising around a bit they end up at Milltown Arms Tavern for a bite to eat. 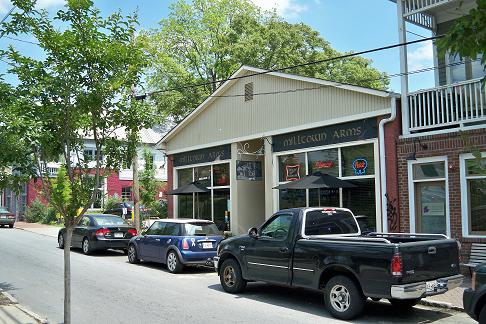 At the restaurant they talk about Dana's appearance on Brothers & Sisters, Dana chats with the waitress about types of wings and Ken explains to Aaron Poole what "Texas toast" and "pot stickers" are.
You also hear the sounds of construction as the Tavern was having booths put in and opening the room up a bit for "dart tournaments". 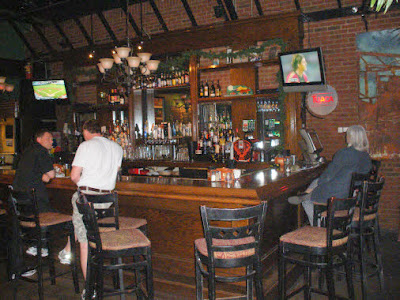 The show ends with an awkward "how to split the bill" discussion.
KEN P.D. SNYDECAST #112: Shoo Fly is lots of fun. Give it another listen.

This one has always been one of my favorites. The Fly on the wall aspect is the best part. Just listening to them 3 hang out and get lunch is pretty cool.