Here's a fun little podcast to re-listen to: SModcast 98: JMJ.

From back in 1999, this episode is notable to Ken PD Snydecast fans because it featured Ken Plume as a guest!

Ken joins Kevin Smith and Scott Mosier for chat about Ken's work on the music that was featured on Smodcast at the time.

The show also talks about the Ken PD Snydecast  music bed that Ken says is "the music that epitomizes Dana Snyder." 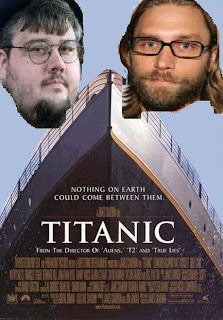 SModcast 98: JMJ is a really, really fun listen. If you haven't checked it out before, do so now! If you listened to it back in 2009, its worth revisiting!