KEN P.D. SNYDECAST #87: Club A Dub is a fun episode that deals mostly with Dana's impending trip to Australia. 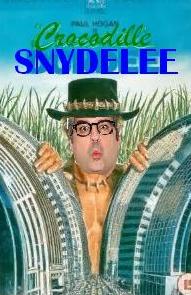 The show starts off with some decidedly un-funny topics, aborigines and the death of Natasha Richardson. Plumey deftly moves the conversation along.

First Dana talks about how aborigines were counted in the Australia census. Here is some Wikipedia info:

Indigenous Australians in contact with the colonists were enumerated at many of the colonial censuses.[9] When the Australian Federation was formed in 1901, the new Constitution contained a provision (Section 127), which said: "In reckoning the numbers of the people of the Commonwealth, or of a State or other part of the Commonwealth, aboriginal natives shall not be counted." In 1967, a referendum was held which approved two amendments to the Australian constitution relating to Indigenous Australians. The second of the two amendments deleted Section 127 from the Constitution. It was widely believed at the time of the referendum, and is still often said, that Section 127 meant that Aboriginal people were not counted in Commonwealth censuses before 1967. In fact section 127 related to calculating the population of the states and territories for the purpose of allocating seats in Parliament and per capita Commonwealth grants. Its purpose was to prevent Queensland and Western Australia using their large Aboriginal populations to gain extra seats or extra funds.[9] Thus the Commonwealth Bureau of Census and Statistics interpreted Section 127 as meaning that they may enumerate "aboriginal natives" but that they must be excluded from published tabulations of population. Aboriginal people living in settled areas were counted to a greater or lesser extent in all censuses before 1967.
The first Commonwealth Statistician, George Handley Knibbs, obtained a legal opinion that "persons of the half blood" or less are not "aboriginal natives" for the purposes of the Constitution. At the first Australian census in 1911 only those "aboriginal natives" living near white settlements were enumerated, and the main population tables included only those of half or less Aboriginal descent. Details of "half-caste" (but not "full-blood") Aborigines were included in the tables on Race. Details of those "full-blood" Aborigines enumerated were included in separate tables.[10] This practice was followed in all subsequent censuses up to 1966.


Yeah... I see why Ken moved the show forward.

Dana then talks about skiing at the Trapp Family Lodge:

Dana then talks about recording the Face Omelet song:

There is some discussion of connections between Lord of the Rings and Led Zeppelin and Sweety Snyder and her sister (Little Sweety) show up to greet the television audience.

At one point Dana leaves the mic and Ken does some "Elevator Skat". The show also features Dana reading your podcast reviews including one written by "a beef skillet" and one from me: 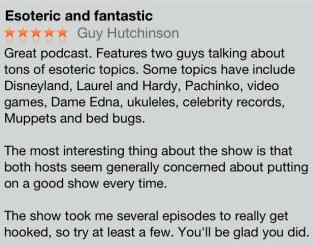 Go ahead friends, give KEN P.D. SNYDECAST #87: Club A Dub another spin. It's a winner.
Posted by Guy Hutchinson at 6:42 AM