On the newest Snydecast, the boys have the following exchange:

DANA: I'm gonna go do a movie on Friday, that I can't talk about.
KEN: Leonard Part 7? 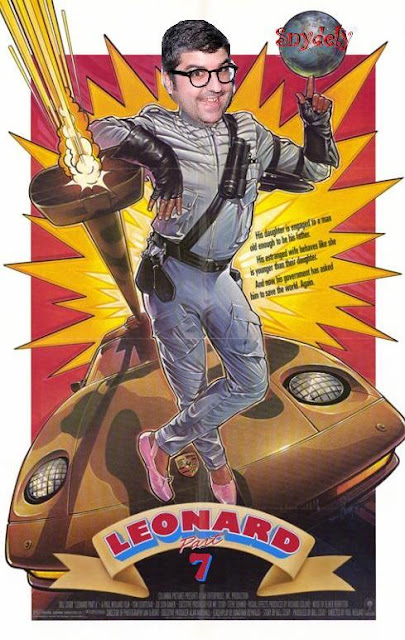 Let me join Cosby and Snydely fans around the world saying "FINALLY!"

If you don't know, "Leonard Part 6" was an awful, awful film Bill Cosby starred in back in 1987. Even he told people not to see it. 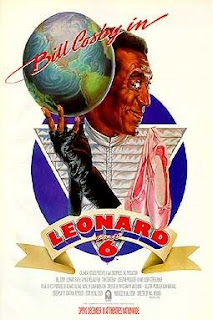 Cosby plays a former secret service agent trying to foil a sinister plot concocted by a villainess to turn all the animals in the world into killers. 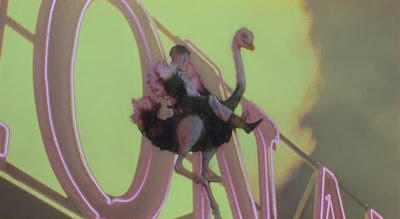 Here is a fun fact! The ostrich affect (above) was made using a stop motion puppet: 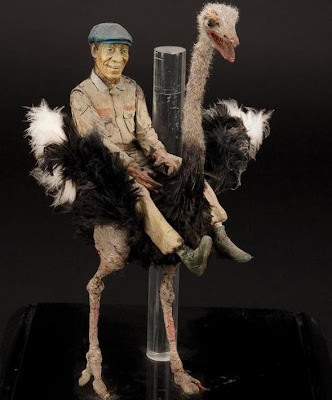 If you are wondering, the film's wacky title is explained in a line of dialogue. Basically the first 5 parts were confiscated by the government leaving dozens of hack reviewers to say "they should have confiscated this one too!"

Speaking of reviews, here is one by Siskel & Ebert. Watch the venom that Ebert spits at this film:

Finally, here is the trailer for the film:


If you are a fan of bad movies, I actually recommend this one. Its a silly-fun mess of a film.
Posted by Guy Hutchinson at 8:46 AM