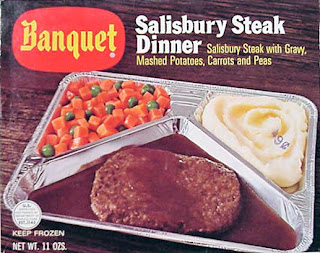 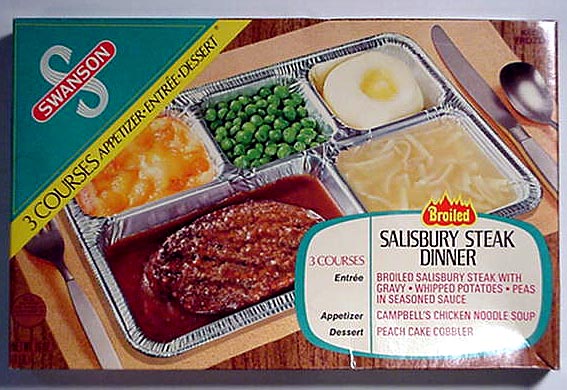 From wiki:
Salisbury steak is a dish made from a blend of minced beef and other ingredients, which is shaped to resemble a steak, and is usually served with gravy or brown sauce. Hamburger steak is a similar product, but differs in ingredients. Salisbury steak was invented by an American physician, Dr. J. H. Salisbury (1823–1905), an early proponent of a low-carbohydrate diet for weight loss; the term "Salisbury steak" has been in use in the United States since 1897. The dish is popular in the United States, where it is traditionally served with gravy and mashed potatoes or noodles.

Also from wiki:
Ballet is a type of performance dance that originated in the Italian Renaissance courts of the 15th century and later developed into a concert dance form in France and Russia. It has since become a widespread, highly technical form of dance with its own vocabulary. It has been globally influential and has defined the foundational techniques used in many other dance genres. Ballet may also refer to a ballet dance work, which consists of the choreography and music for a ballet production. A well-known example of this is The Nutcracker, a two-act ballet that was originally choreographed by Marius Petipa and Lev Ivanov with a music score by Pyotr Ilyich Tchaikovsky.

I know, totally unrelated. But I thought we could use some culture. 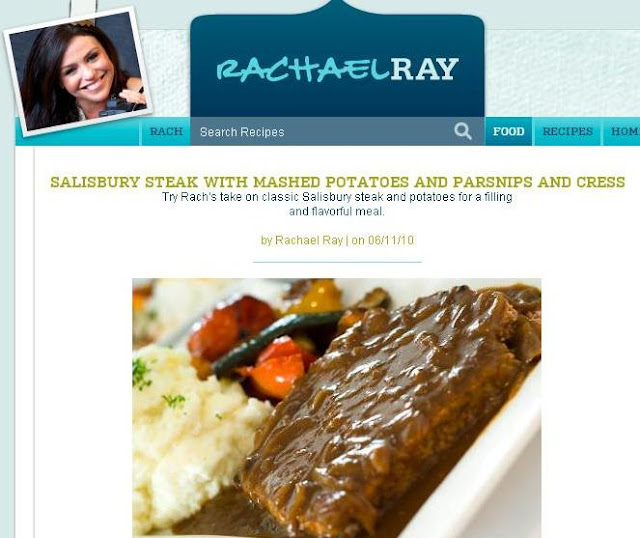 It could be this one:

Meanwhile, put the meat in a bowl and add 3 tablespoons of Worcestershire sauce, the egg, cracker crumbs, grated onion, salt and pepper, to taste. Cover a baking sheet with parchment paper. Mix the meat to combine and form into four oval loaves, no more than 1 1/2 inches thick, and arrange them on a baking sheet. Drizzle with about 1 tablespoon EVOO and bake for 20 minutes.

While the meat is in oven, in a medium size skillet over medium heat, add the butter and melt, then add the onions and bay leaf and season with salt and pepper, to taste. Cook for 15 minutes, then add the garlic and sage and cook for another 3 minutes. Sprinkle in the flour and stir for 1 minute, then whisk in the stock and the remaining 2 tablespoons Worcestershire sauce and season liberally with black pepper, to taste. Cook for 1 minute to thicken the sauce.

Serve the steaks, on individual plates, whole or sliced with gravy on top, a mound of mashed potatoes and parsnips and 1 cup of watercress leaves alongside.