Below are a handful of beautiful images of Jack from Life.com.

First, from 1959, it's Jack and President Truman. Check out the cue cards on the right: 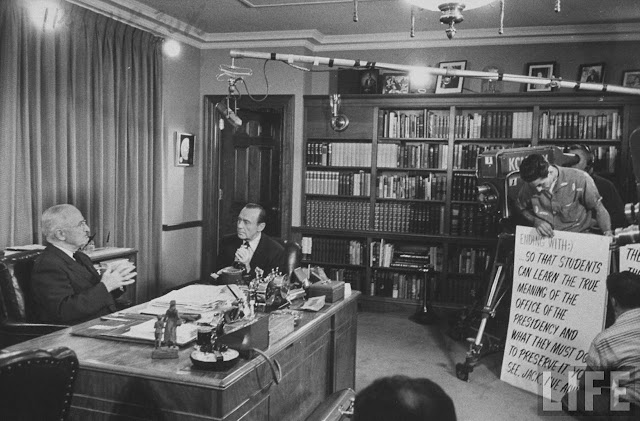 
Next from 1952 is a photo described as "Comedian Jack Benny sitting on floor w. pile of fake money, looking stunned; in this skit from "The Jack Benny Show," he is counting money he supposedly lent to William Paley and CBS and which they have returned to him via armored truck.": 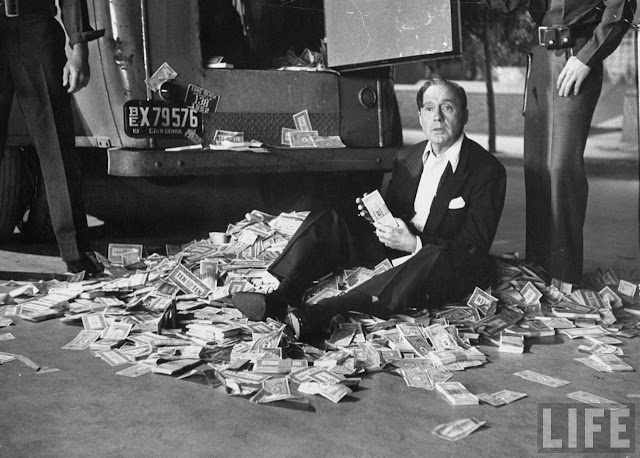 
From 1961, this next picture shows Jack Benny acting as pallbearer for Gary Cooper's funeral: 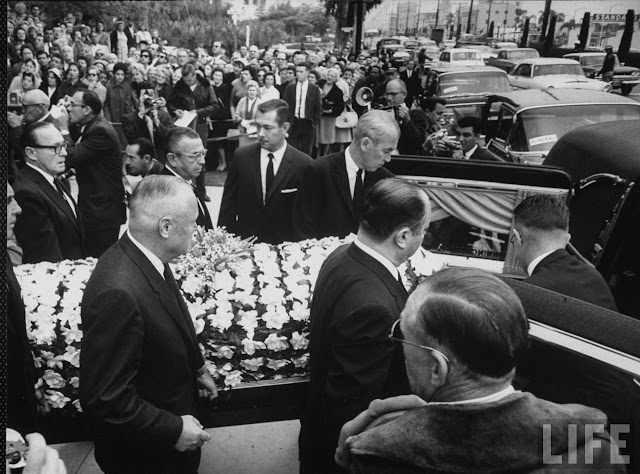 Finally, this 1959 photo is described as "Comedian Jack Benny (L) relaxing under painting of Abraham Lincoln after taping his TV show.": 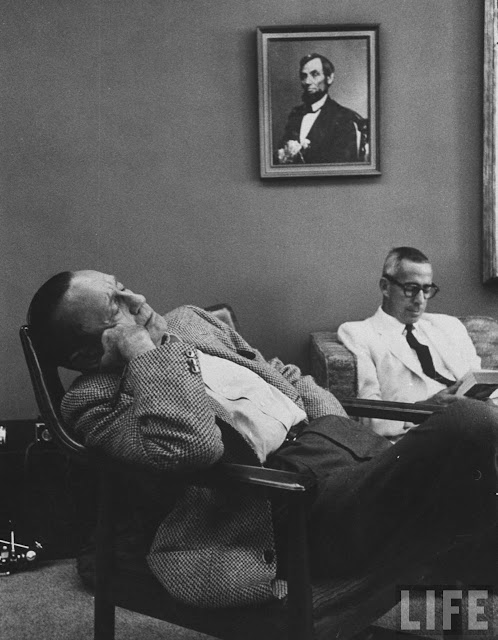 I hope you enjoyed these photos. Make sure to go to Life.com and check out the many wonderful photos they have online.
Posted by Guy Hutchinson at 8:18 AM