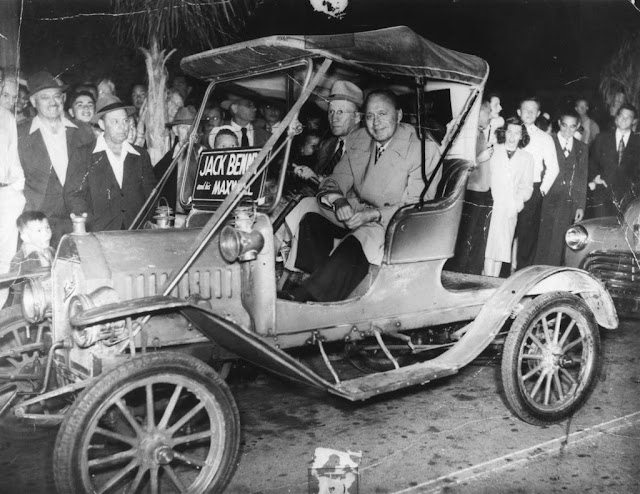 The photo originally appeared on this site with the following caption: 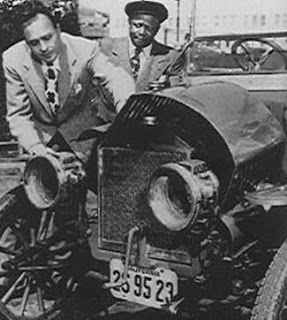 That car (with a few wax figures) has been on display at the California Automotive Museum in Sacramento and elsewhere: 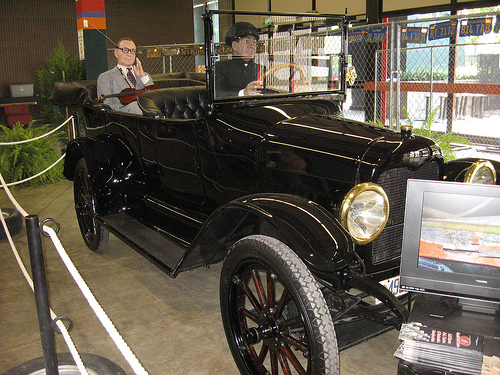 Posted by Guy Hutchinson at 6:29 AM