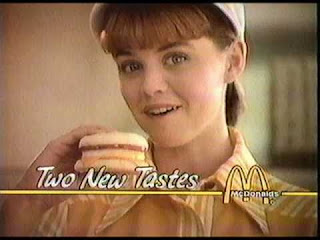 They mention the Sausage McMuffin that Dana avoids (but likes.)

They also bicker about if URL is pronounced "earl" or "u. r. l." Talk about Dana's accquisition of danasnyder.com. Then Dana's web connection goes awful.

Posted by Guy Hutchinson at 9:41 AM