Jim @ MOVIEBRAINROT.com was nice enough to share some funny photos from the Screamfest convention in 2008.
Here they are with text from MOVIEBRAINROT.COM:


What happened when Dana Snyder (a.k.a Master Shake on “Aqua Teen Hunger Force”) landed at Screamfest? In honor of the upcoming convention in October, we fondly recall our collection of photos detailing how Dana Snyder was suppose to show his new short “Terror Phone,” but had to cancel last minute.

However, it was the birth of his “What is on Dana’s I-pod” panel. 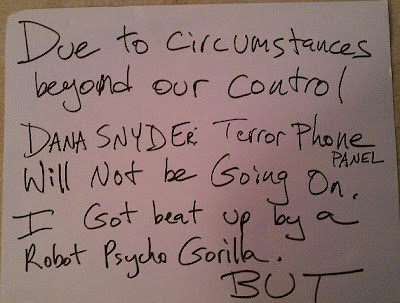 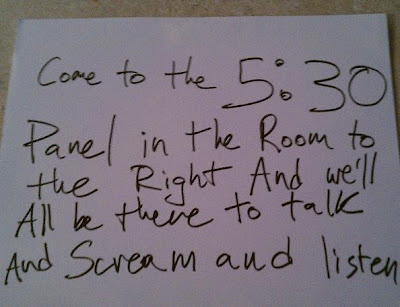 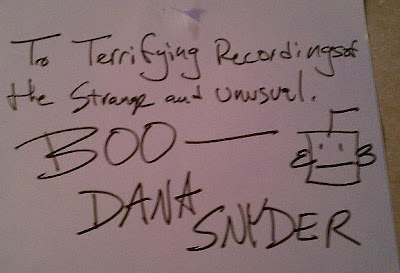 Here is my photo with Dana cheering his work and self-portrait. 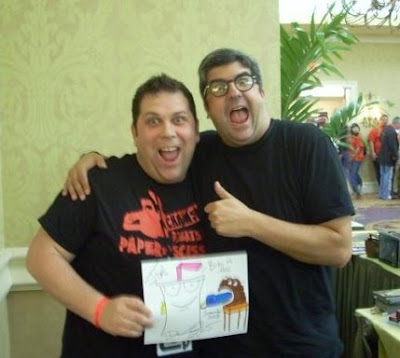 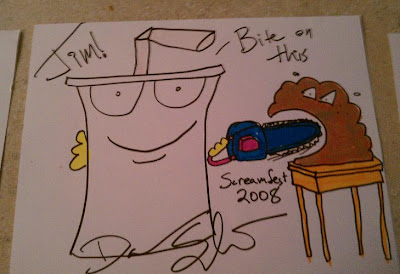 We got to talking to him about Vegas, and Dana, being the seeker of odd entertainment told us tales of a Cat wrangler in Vegas that goes by the name of POPOVICH. He said you must see his car that he drives on stage with cats strapped to it. This is a drawing he made of that act. 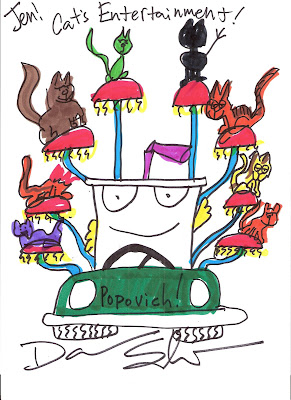 Make sure and check out MOVIEBRAINROT.COM, follow Jim on Twitter and check out The Adventure Club Podcast he co-hosts with some other dude.
Posted by Guy Hutchinson at 7:07 AM