Do you miss the old episodes? 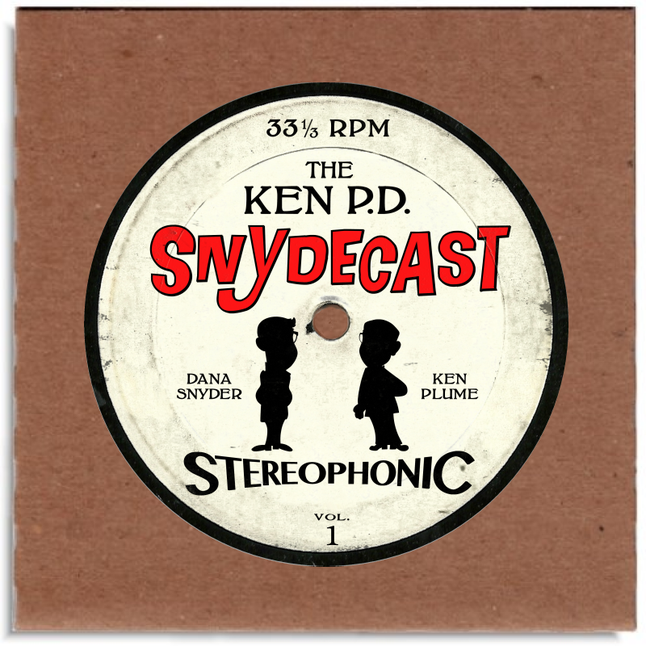 Dana Snyder and Ken Plume set out to have a literate conversation between two pals, but inevitably devolve into a verbal, and funny, free-for-all full of bickering, infighting, and the special kind of male bonding that comes from conflict expressed through the podcast medium.

Author/producer/bon vivant Ken Plume is the architect of asitecalledFRED.com, and he is Dana’s friend, as well as his arch-nemesis.

IN YOUR HANDS, you could hold the FIRST 15 EPISODES of the Ken P.D. Snydecast. Each episode has been lovingly remastered by Old World iArtisans to the best of their ability, considering the sound on some of these early episodes may as well have been recorded on two tin cans and a string.

BUY IT HERE!
Posted by Guy Hutchinson at 8:38 AM