KEN P.D. SNYDECAST #210: Crunchings And Munchings has a discussion about how supermarket shelves are stocked, specifically by McCormick spices. 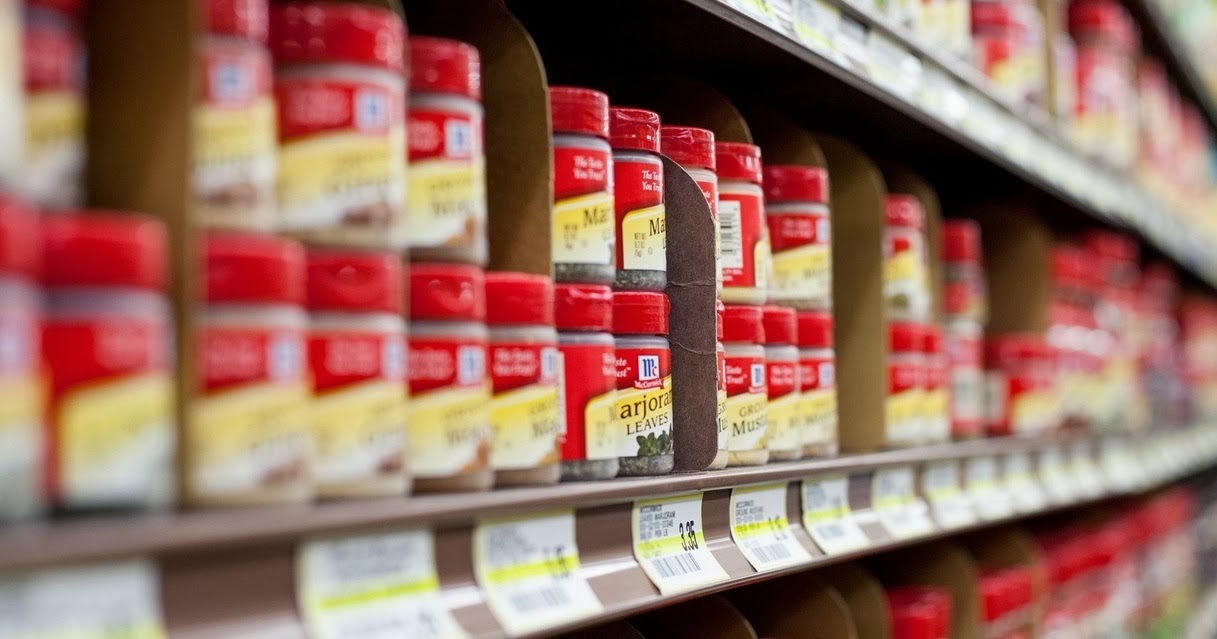 Here is what Wikipedia says about Slotting Fees:
A slotting fee, slotting allowance,[1] pay-to-stay, or fixed trade spending[2] is a fee charged to produce companies or manufacturers by supermarket distributors (retailers) in order to have their product placed on their shelves.[3] The fee varies greatly depending on the product, manufacturer, and market conditions. For a new product, the initial slotting fee may be approximately $25,000 per item in a regional cluster of stores, but may be as high as $250,000 in high-demand markets.[4]
In addition to slotting fees, retailers may also charge promotional, advertising and stocking fees. According to an FTC study, the practice is "widespread" in the supermarket industry.[citation needed] Many grocers earn more profit from agreeing to carry a manufacturer's product than they do from actually selling the product to retail consumers. According to retailers, fees serve to efficiently allocate scarce retail shelf space, help balance the risk of new product failure between manufacturers and retailers, help manufacturers signal private information about potential success of new products, and serve to widen retail distribution for manufacturers by mitigating retail competition.[citation needed] Vendors charge that slotting fees are a move by the grocery industry to profit at their suppliers' expense.[citation needed]
Some companies argue that slotting fees are unethical as they create a barrier to entry for smaller businesses that do not have the cash flow to compete with large companies. The use of slotting fees can, in some instances, lead to abuse by retailers such as in the case where a bakery firm was asked for a six figure fee to carry its items for a specific period with no guarantee their products would be carried in future periods.[5]

Here's a picture of a pretty lady with a basket of fruit on her head: 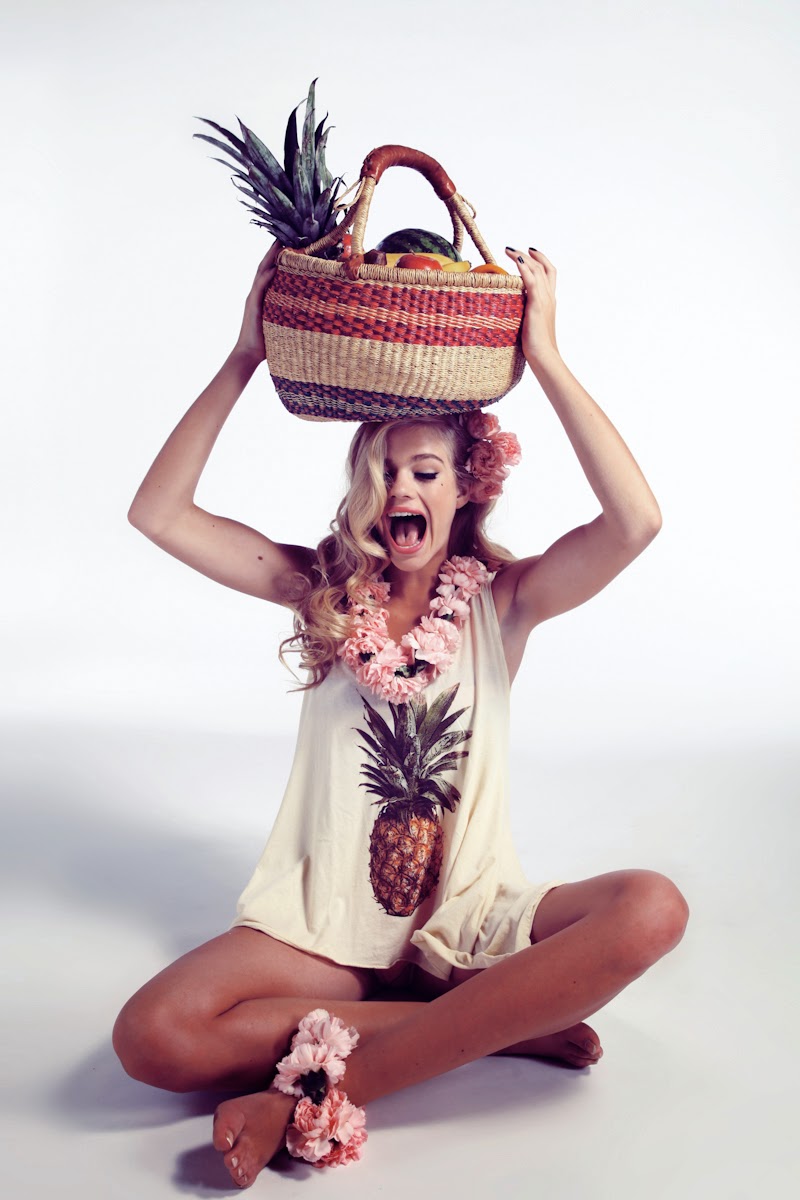 In its first ever direct attack on supermarket slotting fees, the Federal Trade Commission has accused a marketer of offering discriminatory discounts on products to several grocers. The accusation could have major implications for packaged-goods marketers.
McCormick & Co., the nation's leading spice marketer, agreed to settle a complaint that it violated the Robinson-Patman Act by charging some stores higher prices than others for products. The goal was to grab more shelf space at the expense of smaller rivals, including Burns Philips Food's Tone Bros.

The consent decree, now open to public comment, was accepted on an unusual 3-to-2 vote, with commission members arguing over how far the agency should step.

The bottom line (and the answer to Dana's question) is that McCormick pays big bucks to be on the shelves in a prominent location. They also want to make sure that display looks good to attract the most customers.

So they hire people to stock the shelves and make sure they look as pretty as a lady with a basket of fruit on her head. 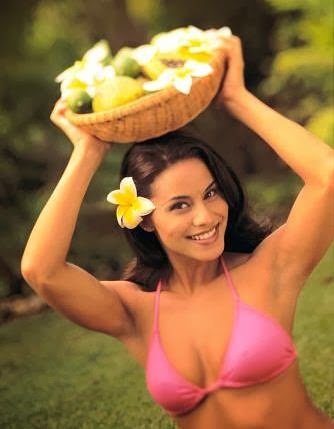 Here's the sprinkles Dana joked Little Kenny Plume would down a bottle of after school: 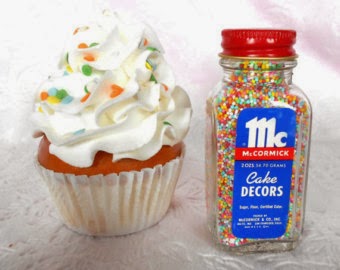 McCormick has had a multitude of oddities over the years. How about spooky spice: 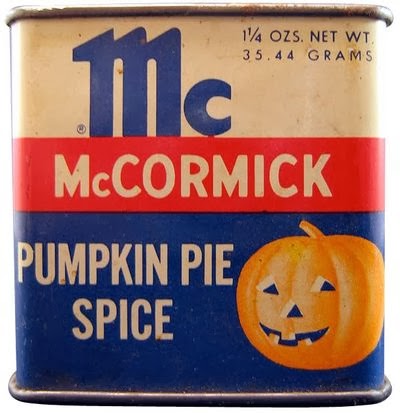 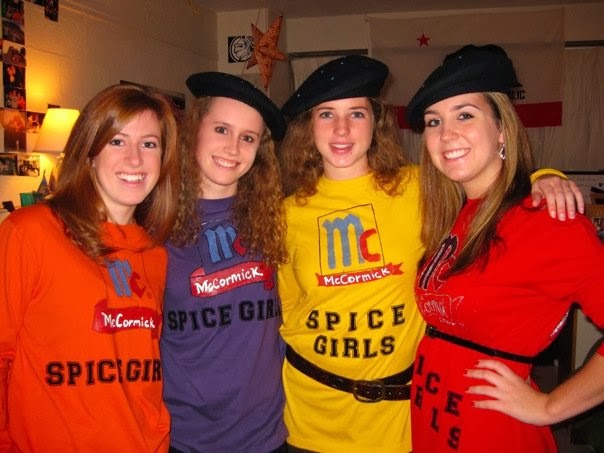 Here we see a young Louis CK doing stand up in the McCormick aisle at Publix: 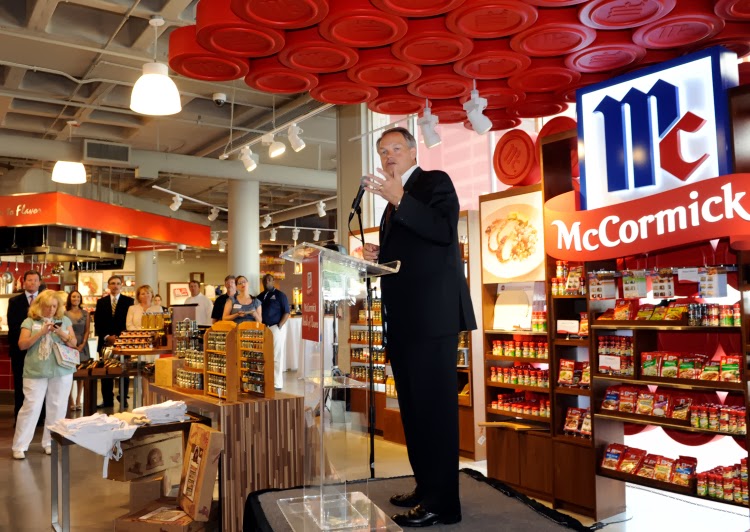 McCormick also makes Mace! Just sprinkle some on any rapists you see: 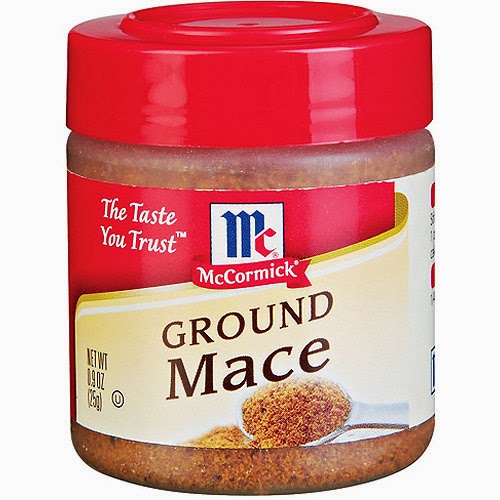 Here's a photo from the day the McCormick company dug a mass grave behind their headquarters for those who defied the McCormick slotting fee system: 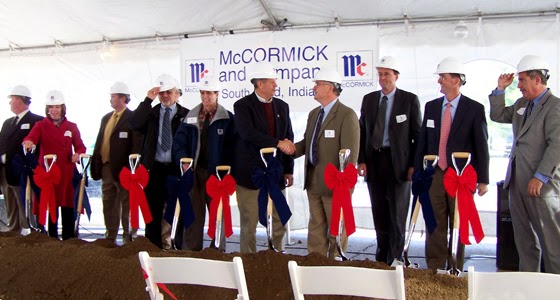 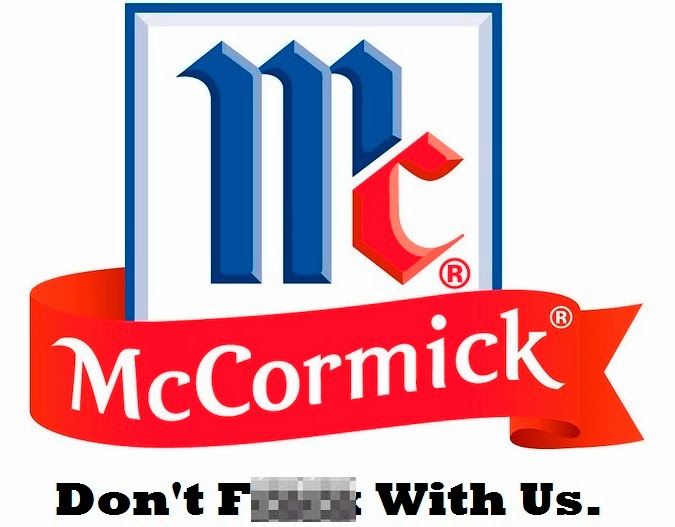 Posted by Guy Hutchinson at 7:58 AM