I don't like to promote myself on here, but I think this would be interesting to Snydecast fans.

Earlier this week I did an interview with 83 year old comedy singer Rusty Warren. You can hear that here.

In the early 1960s Rusty released her second album, Knockers Up!, it's full of double entendres and sex jokes... early 1960s style. It was a big hit and well known "party album."

Rusty had a bunch of other gold records with songs like "Bounce Your Boobies" and "Bottoms Up."

Promoting the interview on Twitter, I bet that Dana had the record. 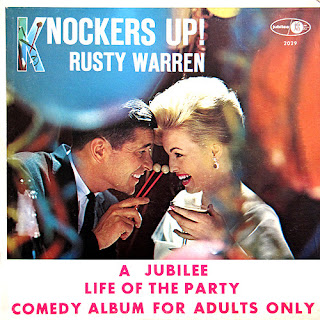 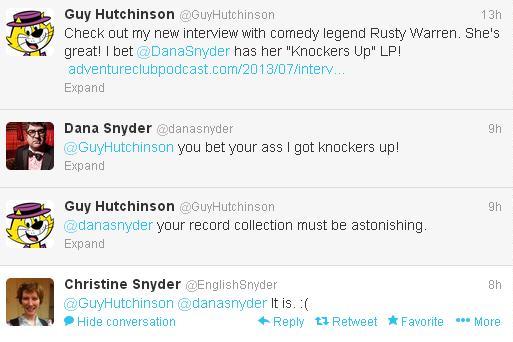 You can hear my 46 minute interview with Rusty Warren here, you can listen to the full Knockers Up! album below: