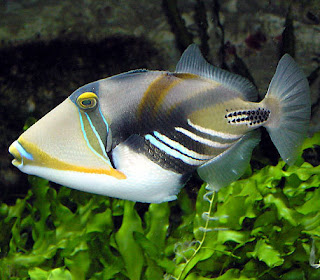 The reef, rectangular, or wedge-tail triggerfish  is one of several species of triggerfish.

It's also known by its Hawaiian name, humuhumunukunukuāpuaʻa (pronounced [ˈhumuˈhumuˈnukuˈnukuˈwaːpuˈwɐʔə]), also spelled Humuhumunukunukuapua'a or just humuhumu for short; meaning "fish that grunts like a pig" for the sound it makes when cornered or caught.


The reef triggerfish was originally designated the official fish of Hawaii in 1985 this designation expired in 1990.

On April 17, 2006, bill HB1982 was presented to the Governor of Hawaiʻi which permanently reinstated the reef triggerfish (humuhumunukunukuapuaʻa) as the state fish of Hawaiʻi.

Here is a photo of the Governor of Hawaiʻi, Frank Humakumaboomalaki: 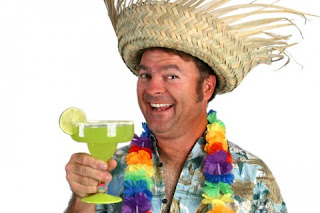