On KEN P.D. SNYDECAST #218: Oglr, Dana and Ken look at the dating profile that has a photo of a listener with a celebrity Dana can't recognize. Ken jokes that it's the late Robert Goulet,

Robert Goulet was singer and actor best known for being the most handsome son of a bitch on the planet. 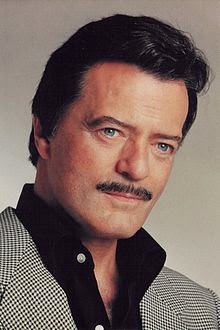 Goulet was born in America to French Canadian parents and spent much of his formative years in Canada. 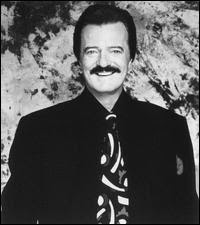 Goulet was a talented baritone who recorded over 60 albums. Here he is singing the unintentionally ridiculous song MacArthur Park, if you have never heard it, check this out:

Didn't your right ear enjoy that?

Goulet appeared on numerous sitcoms including a memorable spot with Lucille Ball:

Despite his dramatic start, Goulet did a lot of comedy, here are some clips of Robert Goulet hamming it up with Rowan and Martin:


Goulet also made a series of satirical commercials for ESPN:

Goulet died in 2007 while awaiting a lung transplant. He was 73. In tribute all of the casinos in Las Vegas featured a memoriam to him on their signs on the day of his funeral: 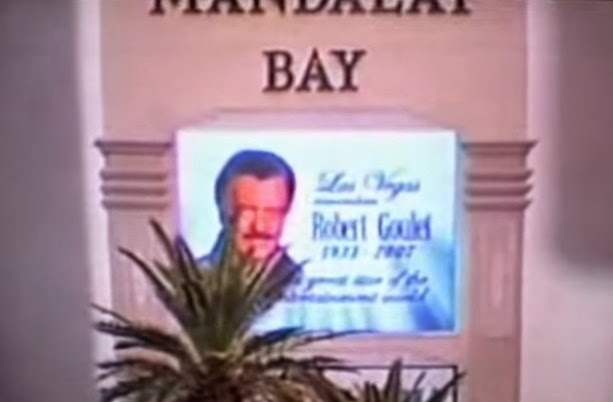 Posted by Guy Hutchinson at 6:25 AM